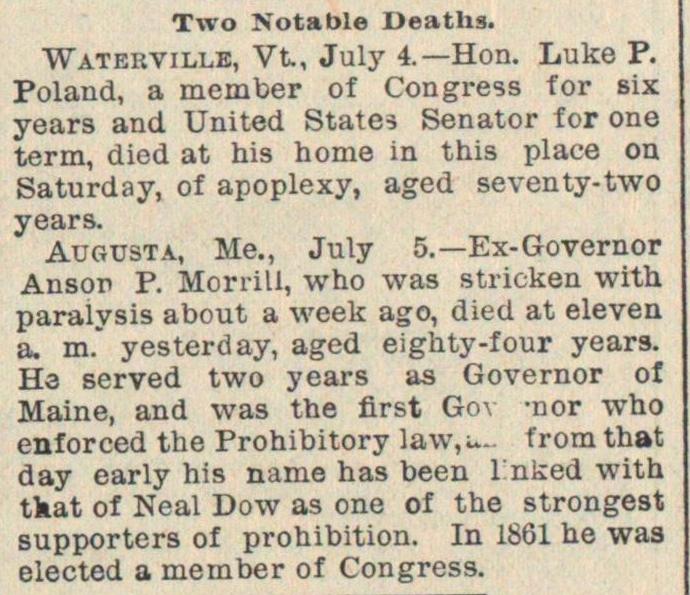 Watervillk, Vt, July 4.- Hon. Luke P. Poland, a mcmber oí Congress for six years and United Staten Senator for one term, died at his home in this place on Saturday, of apoplexy, aged seventy-two years. Augusta, Me., July 5.- Ex-Governor Ansor P. MorriLl, who was stricken with paralvsis about a week ago, died at eleven a. m." yesterday, aged eighty-four years. Ha served two years as Governor of Maine, and was the first Gov -nor who enforced the Prohibitory f rom that day early hls name has been lnked with tkat of Neal Dow as one of the strongest supporters of prohibition. In 1861 he was elected a member of Congress.