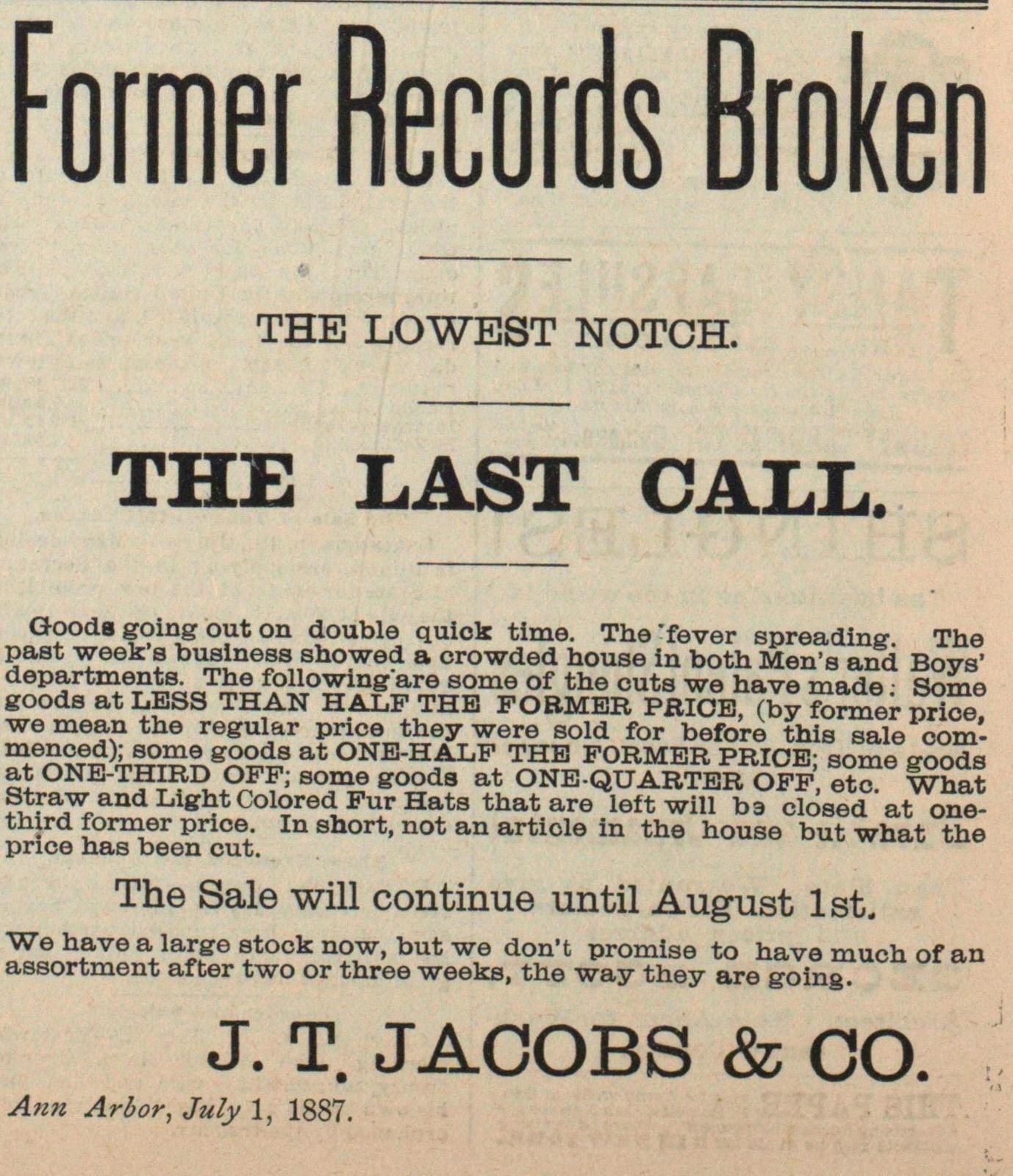 Former Records Braken THE LOWEST NOTOH. THE LAST CALL. Gooda going out on doublé quiok time. The"fever spreadinjr The past week's business showed a crowded house in both Men's and' Bovs' departments. The followingare some of the outs we have made Some goods at LESS THAN HALF THE FORMER PBICE, (by former pYiSe! we mean the regular price theywere sold for before this sale oom' ESSStóS?8?? at ONE-HALF THE FORMER PRICE; some goods at ONE-THIRD OFF; some gooda at ONE-QUARTER OFF etc. What StrawandLightColoredFurHata that are left will ba closed at onethird former price. In short, not an artiole in the house but what the The Sale will continue until August lst. We have a large stock now, but we don't promise to have much of an assortment after two or three weeks, the way they are going. Aun Arbor, July 1, 1887.