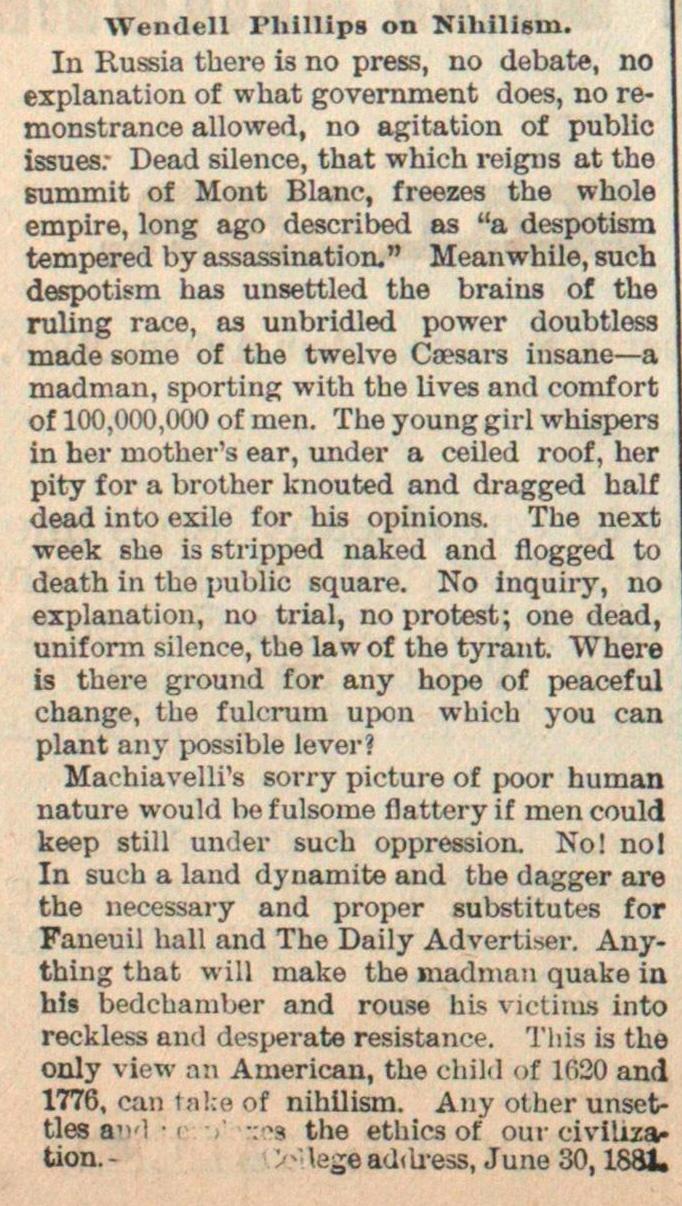 In Russia there is no press, no debate, no explanation of what government does, no remonstrance allowed, no agitation of public issues: Dead silence, that which reigns at the Eummit of Mont Blano, freezes the whole empire, long ago described as "a despotism tempered byassassination." Meanwhile, such despotism has unsettled the brains of the ruling race, as unbridled power doubtless made some of the twelve Caesars insane - a madman, sporting with the Uves and comfort of 100,000,000 of men. The young girl whispers in her mother's ear, under a ceiled roof, her pity for a brother knouted and dragged half dead into exile for his opinions. The next week she is stripped naked and flogged to death in the public square. No inquiry, no explanation, no trial, no protest; one dead, uniform silence, the law of the tyrant. Where is there eround for anv hone of Deaceful change, tlie fulcrum upon whicb you can plant any possible lever? Machiavelli's sorry picture of poor human nature would be f ulsome flattery if men could keep still under such oppression. No! nol In such a land dynamite and the dagger are the necessary and proper substitutos tor Faneuil hall and The Daily Advertiser. Anything that will make the madmnn quake iu hïs bedchamber and rouse his victima into reckless and desperate resistanee. Thfa is the only view an American, the cliild of 1020 and 1776, can tafee ot nihilism. Any other unsettlee '"! - : s the ethica of our civilization.- '.eadiüess, June 30, 1881.