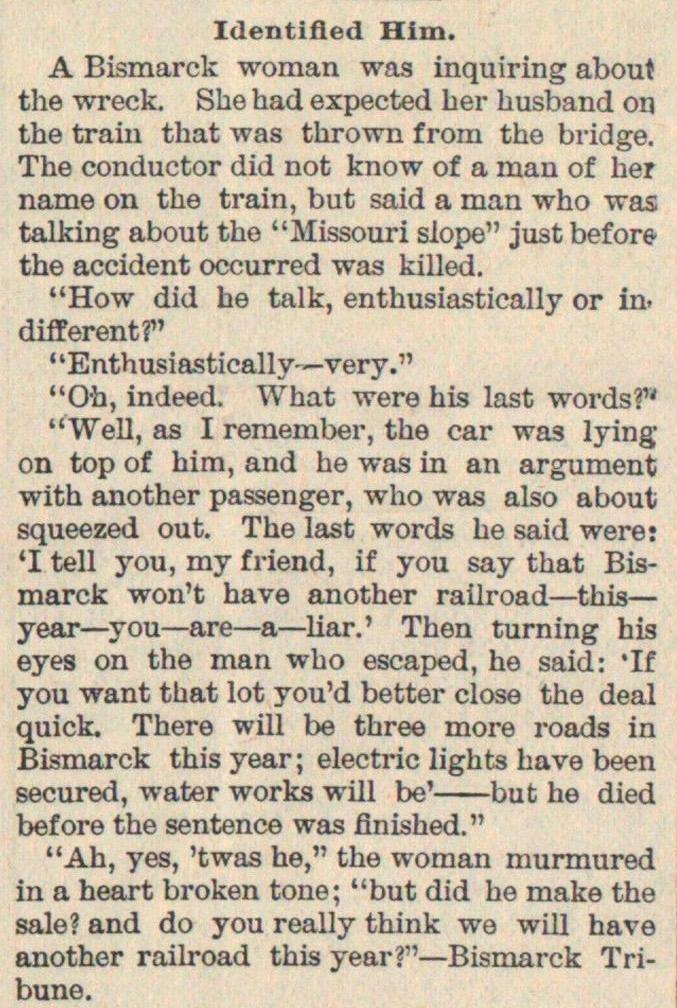 A Bismarck woman was inquiring about the wreek. She had expected her husband on the train that was thrown irom the bridge. The conductor did not know of a man of het name on the train, but said a man who was talking about the "Missouri siope" just before the accident occurred was killed. "How did he talk, enthusiastieally or in. different V' "Enthusiastieally - very." "Oh, indeed. What were nis last words?" "Well, as I remember, the car wa3 lying' on top of him, and he was in an argument with another passenger, who was also about squeezed out. The last words be said were: 'I teil you, my fiïend, if you say that Bismarck won't have another railroad - this - year - you - are - a- liar.' Then turning his eyes on the man who escaped, he said: 'If you want that lot you'd better close the deal quick. There will be three more roads in Bismarck this year ; electric lights have been secured, water works will be' but he died bef ore the sentence was flnished." "Ah, yes, 'twas he," the woman murmured in a heart broken tone; "but did he make the sale? and do you really think we will have