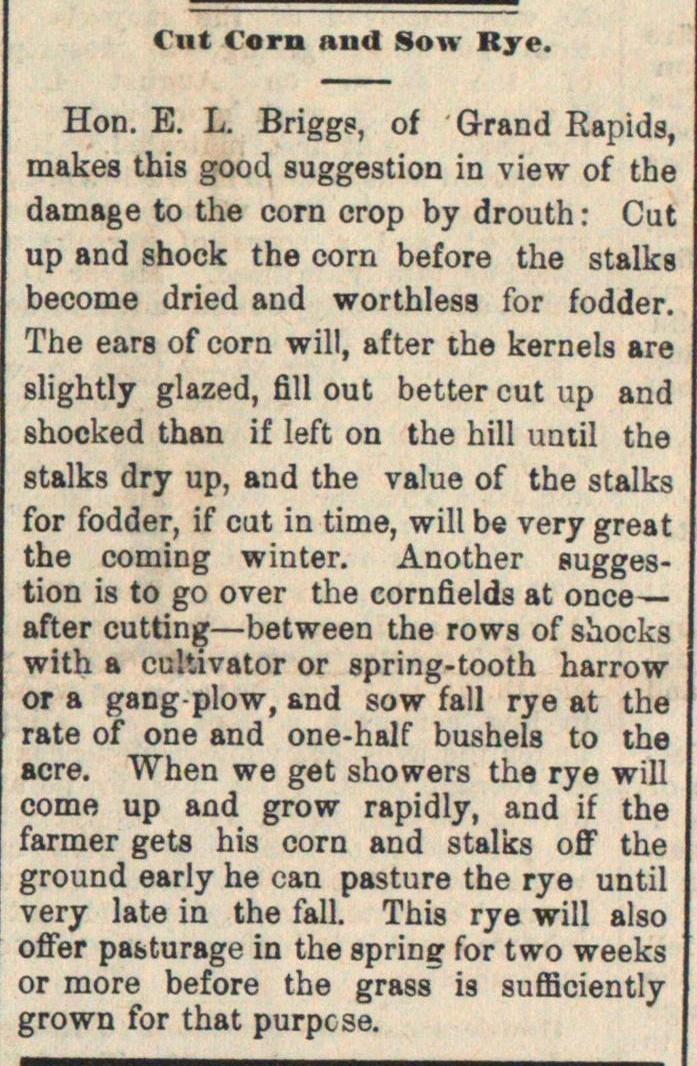 Hon. E. L. Briggs, of Grand Rapids, makes this good suggestion in view of the damage to the corn erop by drouth : Cut up and shock the corn before the stalks become dried and worthless for fodder. The ears of corn will, after the kernels are süghtly glazed, fill out better cut up and shocked than if left on the hill until the stalks dry up, and the value of the stalks for fodder, if cut in time, will be very great the coming winter. Another suggestion is to go over the cornfields at once - after cutting - between the rows of shocks with a cultivator or spring-tooth harrow or a gang-plow, and sow fall rye at the rate of one and one-half bushels to the acre. When we get showers the rye will come up and grow rapidly, and if the farmer gets his corn and stalks off the ground early he can pasture the rye until very late in the fall. This rye will also offer pabturage in the sprine for two weeks or more before the grass is sufficiently grown for that purpese.