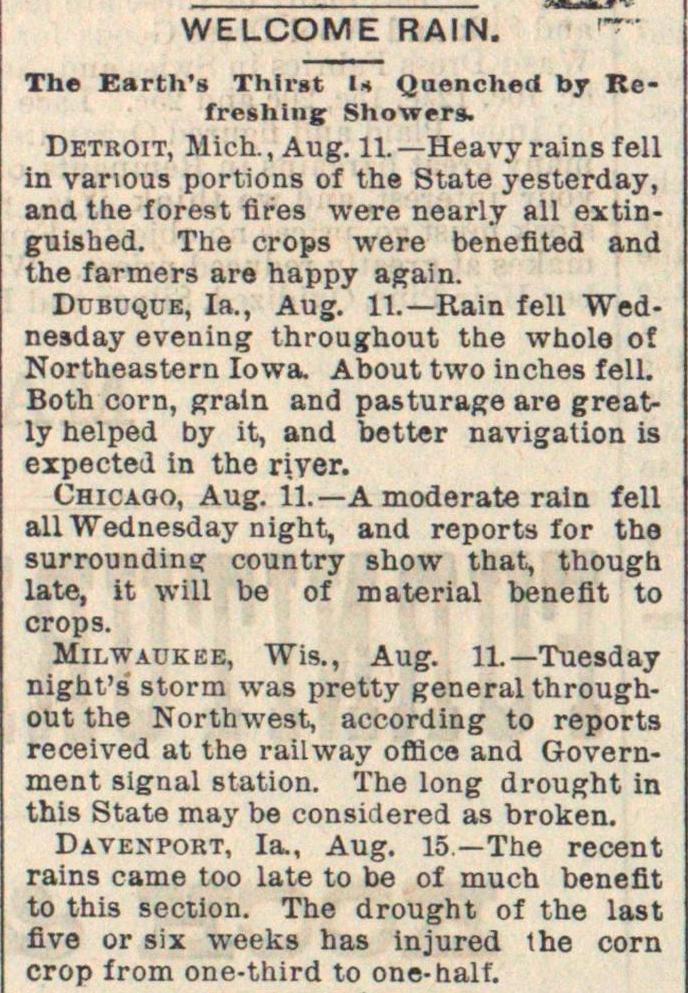 Detroit, Mich. , Aug. 11. -Heavy rains fell in vanous portions of the State yesterday, and the forest tires were nearly all extingulshed. The crops were beneflted and the farmers are happy again. Dübcqck, la., Aug. 11.- Rain fell Wednesday evening throujfhout the whole oí Northeastern Iowa. About two inches fell. Both corn, graln and pasturaje are greatly helped by it, and botter navigaüon is expected in the riyer. Chicago, Aug. 11.- A moderate rain fell all Wednesday night, and reports for the surroundin? country show that, though late, it will be of material benefit to crops. Milwaokee, Wis., Aug. 11- Tuesday night's' storm was pretty general throughout the Northwest, according to reports received at the railway office and Government signal station. The long drought in this State may be considered as broken. Davespobt, la., Aug. 15 -The recent rains carne too late to be of much benefit to this section. The drought of the last five or six weeks has injured the corn erop f rom one-third to one-half.