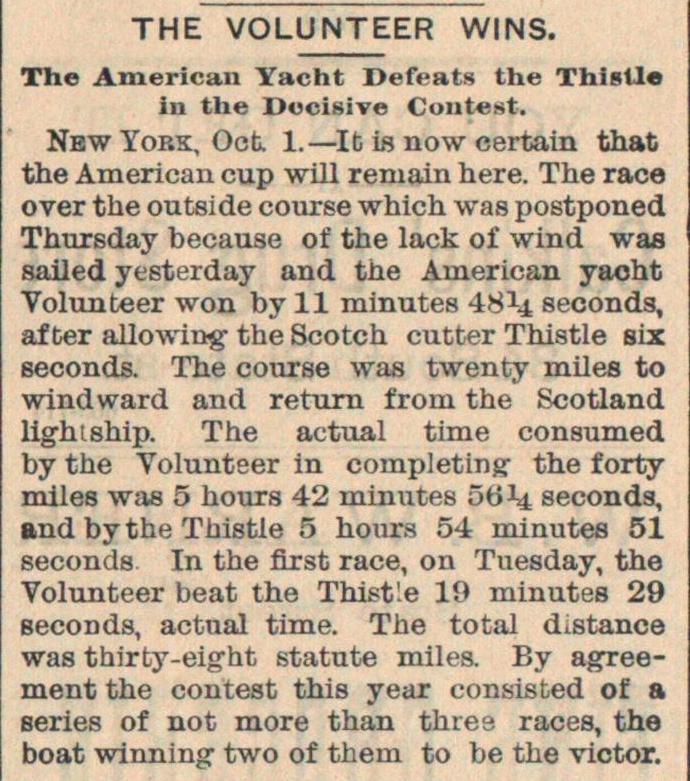 NbwYobs, Oot 1. - Ib is now certain that the American cup will reniain here. The race over the outside course which was postponed Thursday because of the lack oí wind waa sailed yesterday and the American yaoht Tolunteer won by 11 minutes 481 seconds, af ter allowing the Scotch cutter Thistle six Beconds. The course was twenty miles to windward and return froin the Scotland llghtship. The actual time consumed by the Tolunteer in completinsr the forty miles was 5 hours 42 minutes 56% seconds, Bnd by the Thistle 5 hours 54 minutes 51 seconds In the first race, on Tuesday, the Volunteer beat the Thist'.e 19 minutes 29 Beconds, actual time. The total distance was thirty-eight statute miles. By agxeement the contest this year consisted of a series of not more than thies races, the boat winning two of them to be the viotor.