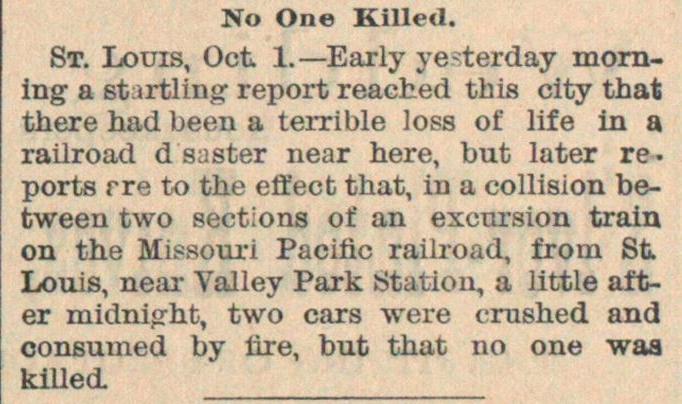 St. Louis, Oct 1.- Early ye-terday morning a sfrirtling report reacked this city that there had been a terrible loss of life in a railroad d saster near here, but later re - porte rre to the effect that, in a colusión between two sections of an excursión train on the Missouri Paciflc railroad, from 8t Louis, near Valley Park Station, a little after midniht, two cara were crushed and oonsumed by íire, but that no one was killed.