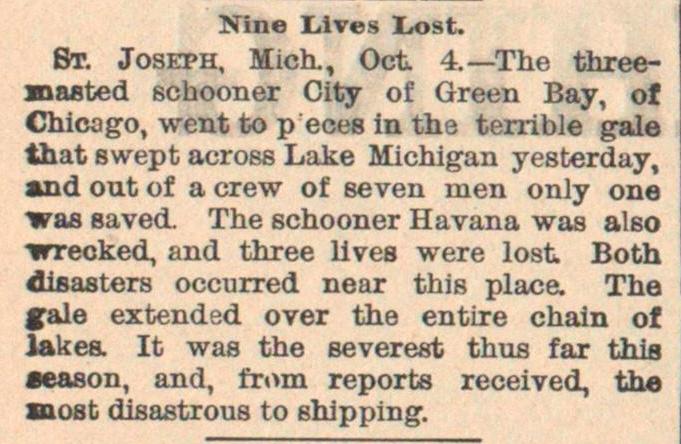 Sr. Joseph, Mioh., Oct 4.- The threeanasted schooner City of Green Bay, of Chicago, went to p eces in the terrible galo tbat swept acros8 Lake Michigan yesterday, and out of a crew of seven men only one ■was saved. The schooner Havana was aleo wreoked, and three Uves were lost Both disasters occurred near this place. The jale extended over the entire chain of lakes. It was the severest thus far this aeason, and, frm reports received, the Bost disastrous to shipping.