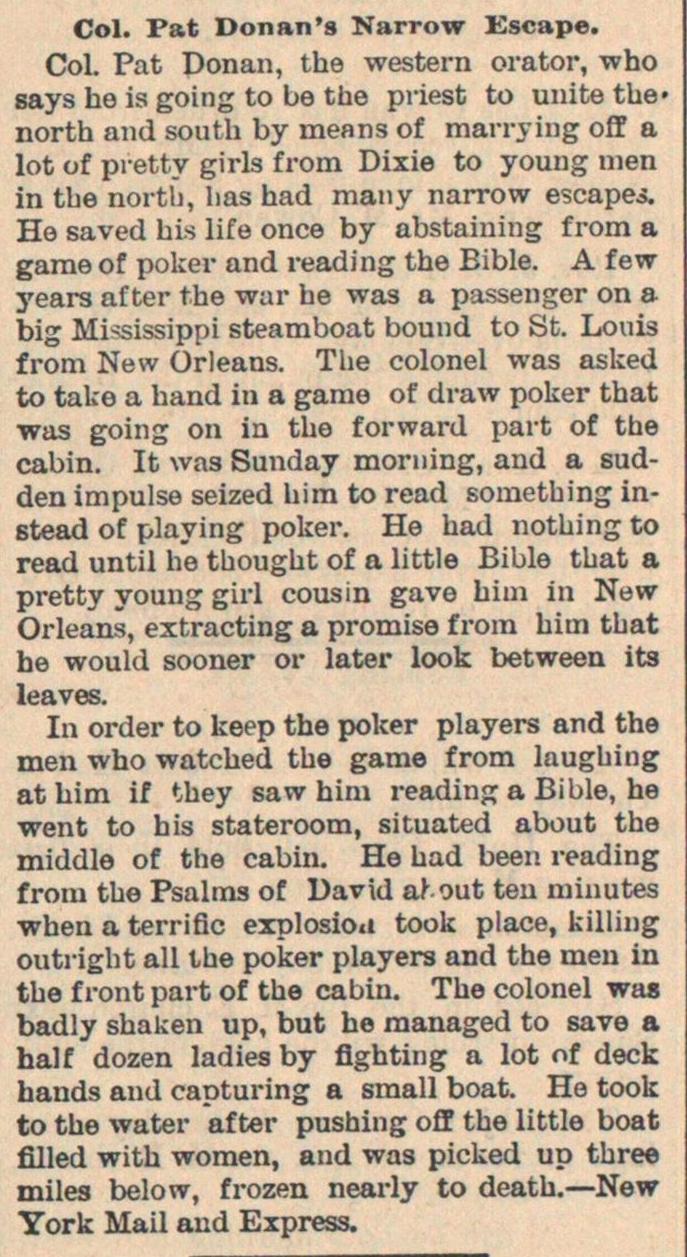 Col. Pat Donan, the western orator, who says he is going to be the priest to uiiite the north and south by menns of marrying off a lot of pietty girls from Dixie to young men in the nortli, lias had many narrow escapes. He saved bis life once by abstaining from a game of poker and reading the Bible. A few years af ter the war he was a passenger on a big Misissippi steamboat bound to St. Louis from New Orleans. Tlie colonel was asked to take a hand in a game of draw poker that was going on in tho forward part of the cabin. It was Sanday morning, and a sudden impulse seized him to read sometbing instead of playing poker. He had nothing to read until he thought of a little Bible that a pretty young girl cousin gave him in New Orleans, extracting a promise from him tbat he would sooner or later look between its leaves. In order to keep the poker playera and tha men who watched the game from laughing at him if they saw him reading a Bible, he went to his stateroom, situated about the middle of the cabin. He had been reading from the Psalms of David af out ten minutes when a terrino explosioa took place, killing outiiglit all the poker playera and the men in the front part of the cabin. The colonel wag badly shaken up, but he managed to save a. half dozen ladies by flghting a lot "f deck hands and capturing a small boat. He took to the water after pushing off the little boat filled with women, and was picked up three miles below, frozen nearly to death.-