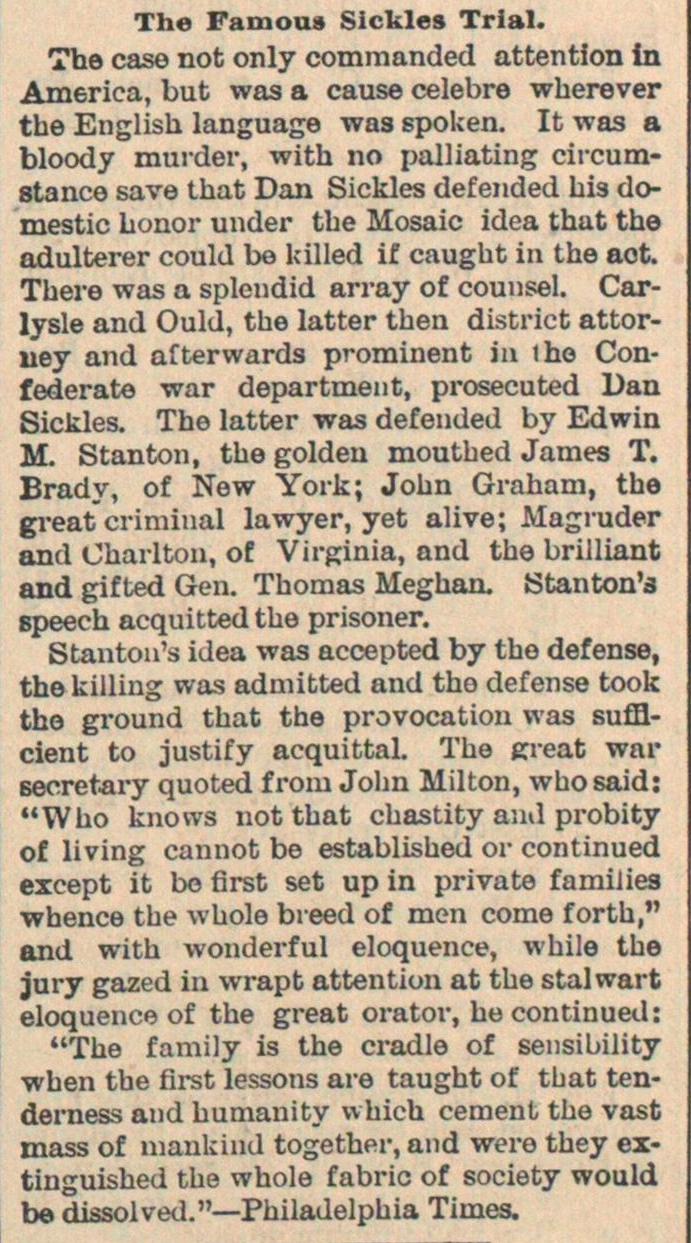 The case not only comraanded at tention In America, but was a cause celebre wherever the English language was spoken. It was a bloody murder, with no palliating circumstance save that Dan Sickles defended bis domestic honor under the Mosaic idea that the adulterer could be killed if caught in the aot. There was a splendid array of counsel. Carlysle and Ould, the latter then district attorliey and afterwards prominent in iho Confedérate war department, prosecuted Dan Sickles. The latter was defended by Edwin M. Stanton, the goldeu mouthed James T. Brady, of New York; John Graham, the great criminal lawyer, yet alive; Magruder and Charlton, of Virginia, and the brilliant and gif ted Gen. Thomas Meghau. Stanton's speech acquitted the prisoner. Stanton's idea was accepted by the defense, the killing was admitted and the defense took the ground that the provocation was sufflcient to justify acquittal. The ereat war Becretary quoted from John Milton, whosaid: "Who knoivs not that chastity aml probity of living cannot be established or continued except it be first set up in private families ■whence the hole breed of men come forth," and with wonderful eloquence, while the jury gazed in wrapt attention at the stal wart eloquence of the great orator, he continued: "The family is the eradle of seiisibility wben the first lessons are taught of that tenderness and bumanity which cement the vast mass of mankind together, and were they extinguished the whole fabric of society would be