Holiday Concert For The Poor 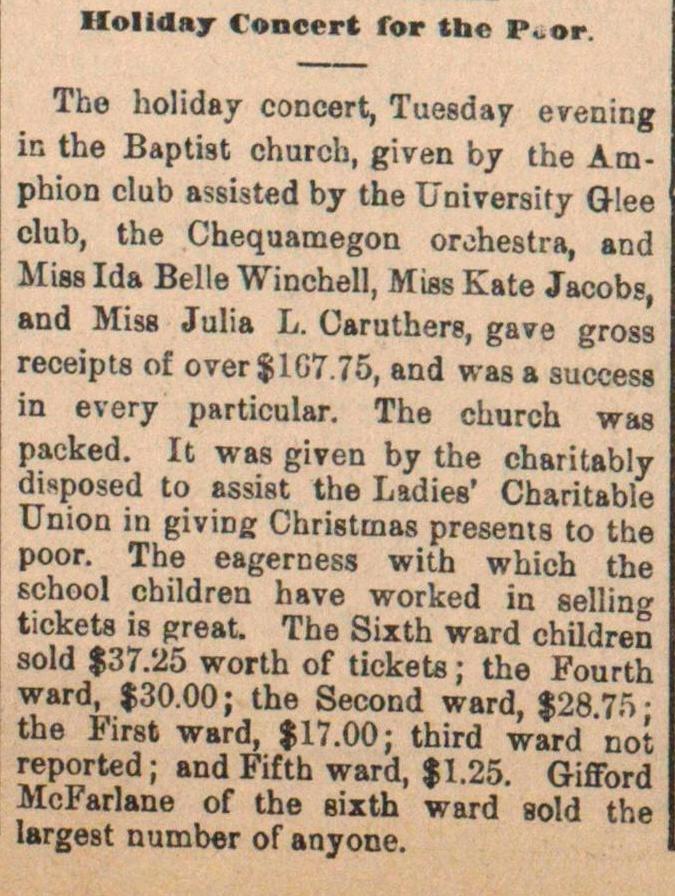 The holiday concert, Tuesday erening ie the Baptist church, given by the Amphion club assisted by the Univeraity Glee club, the Chequamegon orchestra, and Miss Ida Belle Winchell, Miss Kate Jacobs, and Misa Julia L. Csrutherg, gave gross receipta of over $107.75, and was a succes in every particular. The church was packed. It was given by the charitably disposed to assist the Ladies' Charitable Union in giving Christtnas presems to the poor. The eagerness with which the school children have worked in selling tickets is preat. The Sixth ward children sold $37.25 worth of tickets ; the Fourth ward, $30.00; the Second ward, $28 7;V the First ward, $17.00; third ward 'cot reported ; and Fifth ward, $1.25. Gifford McFarlane of the sixth ward sold the largest number of anyone.