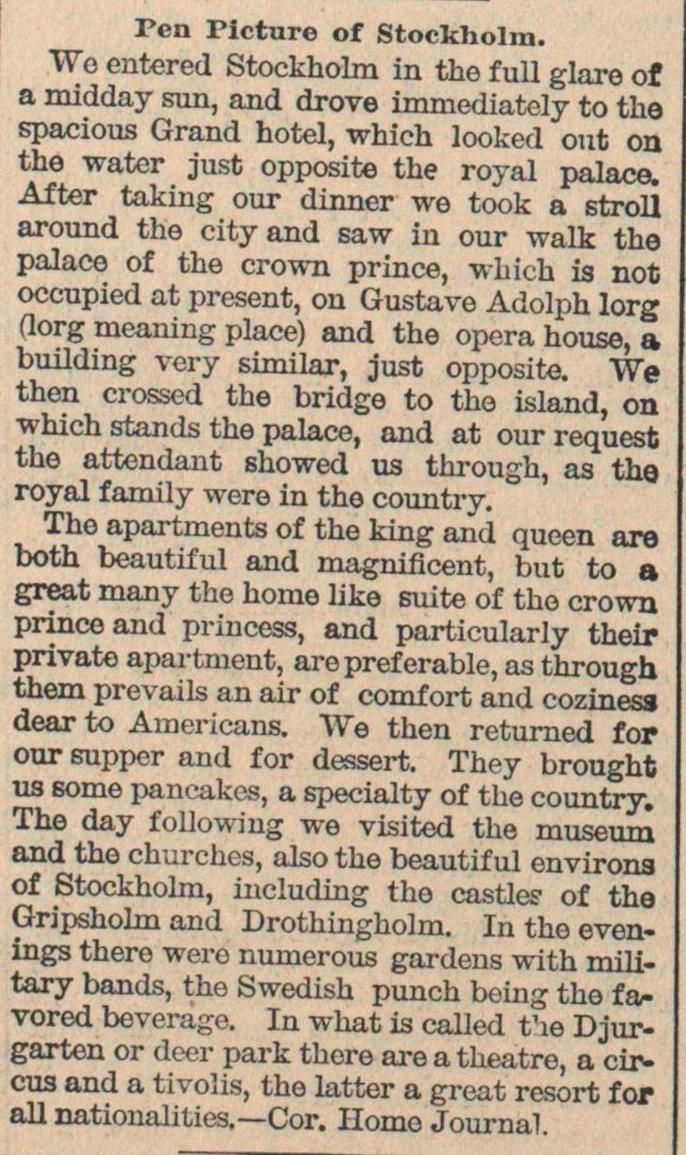 Wc entered Stockholm in the f uil glare oí a midday sun, and drove immediately to the spacious Grand hotel, whieh looked out on the water just opposite the royal palace. After taking oor dinner we took a Btroll around the city and saw in our walk the palace of the crown prince, which is not occupied at present, on Gustave Adolph lorg Qorg meaning place) and the opera house, a building very similar, just opposite. "We then crossed the bridge to the island, on which stands the palace, and at our request the attendant showed us through, as the royal family were in the country. The apartments of the king and queen are both beautiful and magnificent, but to a great many the home like suite of the crown prince and princess, and particularly their private apartment, arepreferable, as through them prevails an air of comfort and coziness dear to Americans. We then returned for our supper and for dessert. They brought us some pancakos, a specialty of the country. The day following we visited the museum and the churchcs, also the beautiful environs of Stockholm, including the castles1 of tho Gripsholmand Drothingholm. Intheevenings there wero numerous gardens with mili, tary bands, the Swedish punch being the favored beverago. In what is called t'ie Djurgarten or deer park there are a theatre, a circus and a tivolis, the latter a great resort for all nationalities.- Cor. Homo Journal.