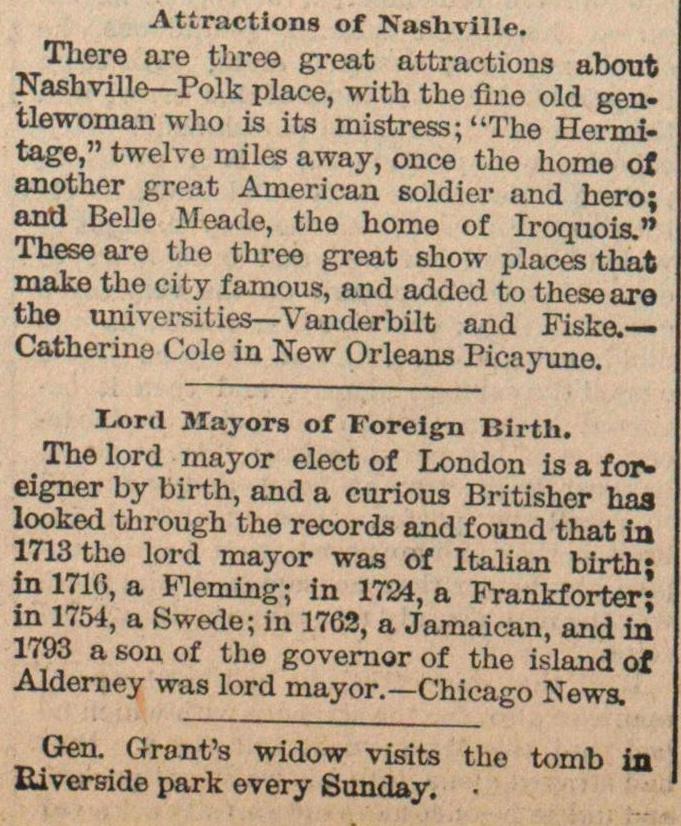 There are tliree great attractions abont Nashville- Polk place, with the fino oíd gentlewoman who is its mistress; "The Hermitage," twelve miles away, once the home of another great American soldier and hero; and Belle Meade, the homo of Iroquois." These are the three great show places that make the city famous, and added to these are the universities- Vanderbilt and Fiske.- Catherine Cole in New Orleans Picayuno. Ixrl Mayors of Foreign Birth. The lord mayor elect of London is a fopcigner by birth, and a curious Britisher has looked through the records and f ound that ia 1713 the lord mayor was of Italian birth in 1710, a Fleming; in 1724, a Frankforter; in 1754, a Swede; in 1763, a Jamaican, and ia 1793 a sou of the governgr of the island of Alderney was lord mayor.- Chicago News. Gen. Grant's widow visits the tomb ia Eiverside park every Sunday.