The Credit Of Having Struck The Last 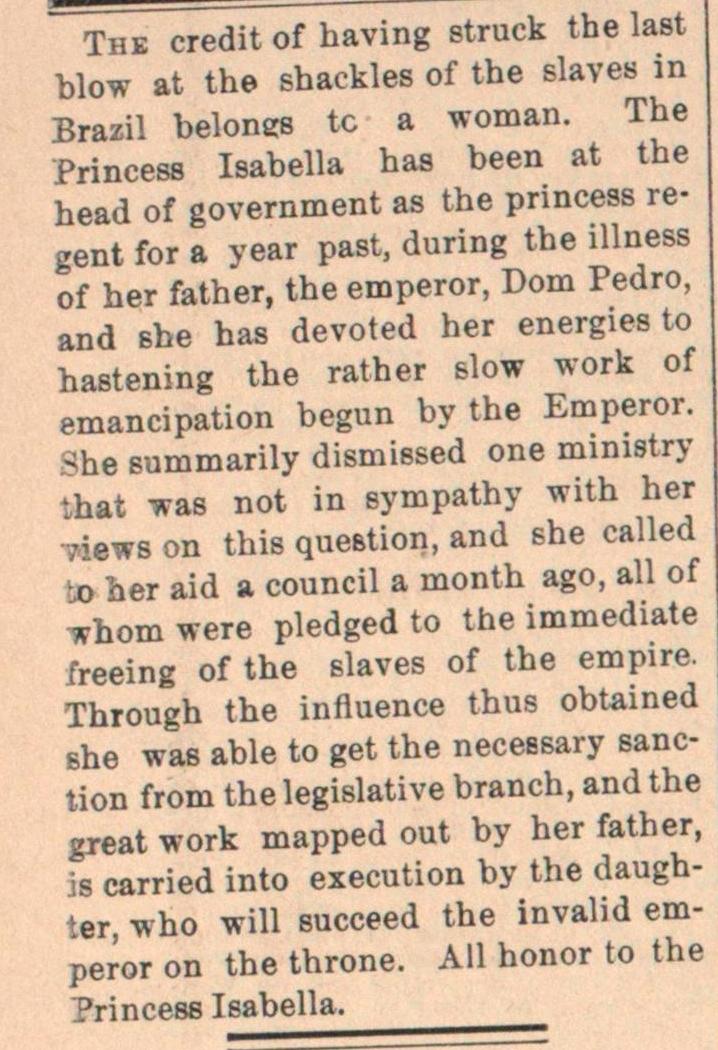 blow at the shackles of the slaves in Brazil belones te a woman. The Princesa Isabella has been at the head of government as the princess regent for a year past, during the illness of her father, the emperor, Dom Pedro, and Bhe has devoted her energies to hastening the rattaer slow work of emancipation begun by the Emperor. -he summarily dismissed one mimstry Ihat was not in sympathy with her views on this que&tion, and she called to her aid a council a month ago, all of whom were pledged to the immediate freeing of the slaves of the empire. Through the influence thus obtained Bhe was able to get the necessary sanction from the legislative branch, and the great work mapped out by her father, is carried into execution by the daughter -who will succeed the invalid emperor on the throne. All honor to the Princess Isabella.