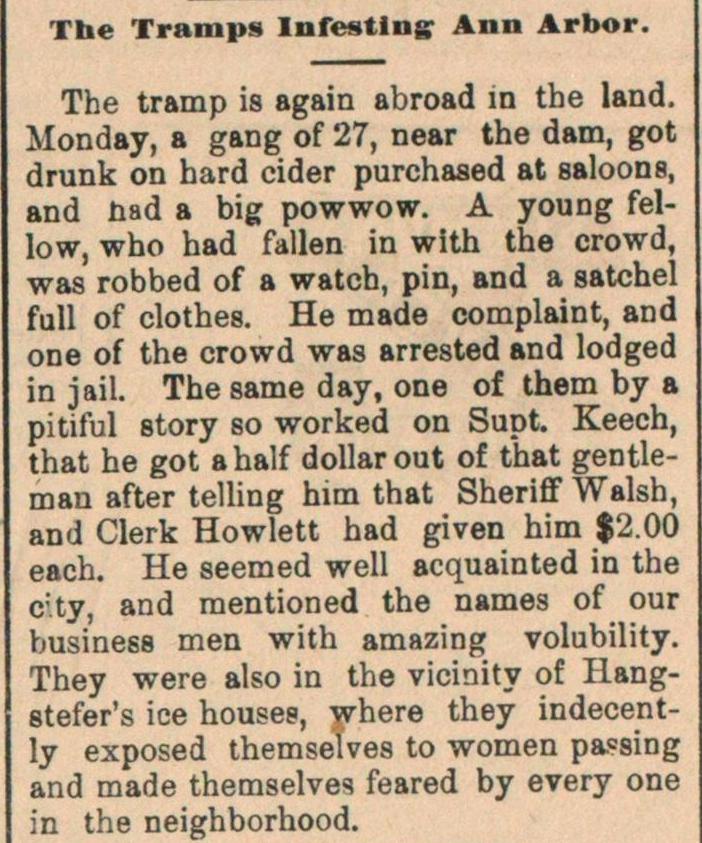 The tramp is again abroad in the land. Monday, a gang of 27, near the dam, got drunk on hard eider purchased at saloons, and nad a big powwow. A young fellow, who had fallen in with the crowd, was robbed of a watch, pin, and a satchel full of clothes. He made complaint, and one of the crowd was arrested and lodged in jail. The same day, one of them by a pitiful story so worked on Supt. Keech, that he got a half dollar out of that gentleman after telling him that Sheriff Walst), and Clerk Howlett had given him $2.00 each. He seemed well acquainted in the city, and mentioned the names of our business men with amazing volubility. They were also in the vicinity of Hangstefer's iee house?, where they indecently exposed themseïves to women passing and made themseïves feared by every one in the neighborhood.