He Is For Peace 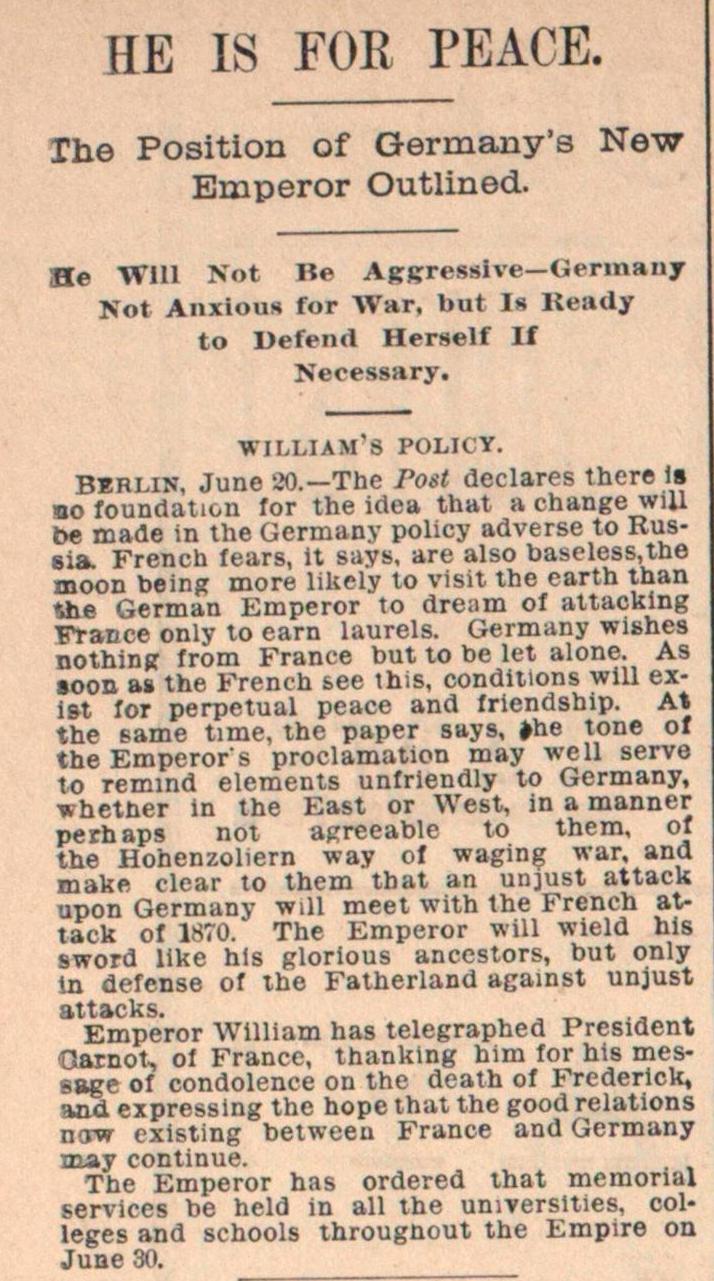 wii,i,iam"s policy. Bbblin, June SO.- The Post declares there Is go foundation for the idea that a change will b made in the Germany policy adverse to Russia. French fears, It says, are also baseless.the moon being more likely to visit the earth than 4he Germán Emperor to dream oí attaoklng France only to earn laurels. Germany wishes novhinü írom France but to be let alone. As toon at the French see this, conditions will exiM for perpetual peace and friendship. At the same time, the paper stiys, he tone oí the Emperor' s proclamation may well serve to remind elements unirlendly to Germany, whether in the East or West, in a manner perhaps not agreeable to them, of the Hohenzoliern way of waging war, and make clear to them that an unjust attack upon Germany will meet with the French attack of 1ÖTO. The Emperor will wield hls sword llke hls glorious ancestors, but only In defense of the Fatherland against unjust Emperor William has telegraphed President Oatnot, ol France, thanking him for his message of condolence on the death of Frederick, and expresslng the hope that the good relations nirw existing between France and Germany may continue. , , The Emperor has ordered that memorial services be held in all the universlties, colleges and schools througnout the Empire on JuBe 30.