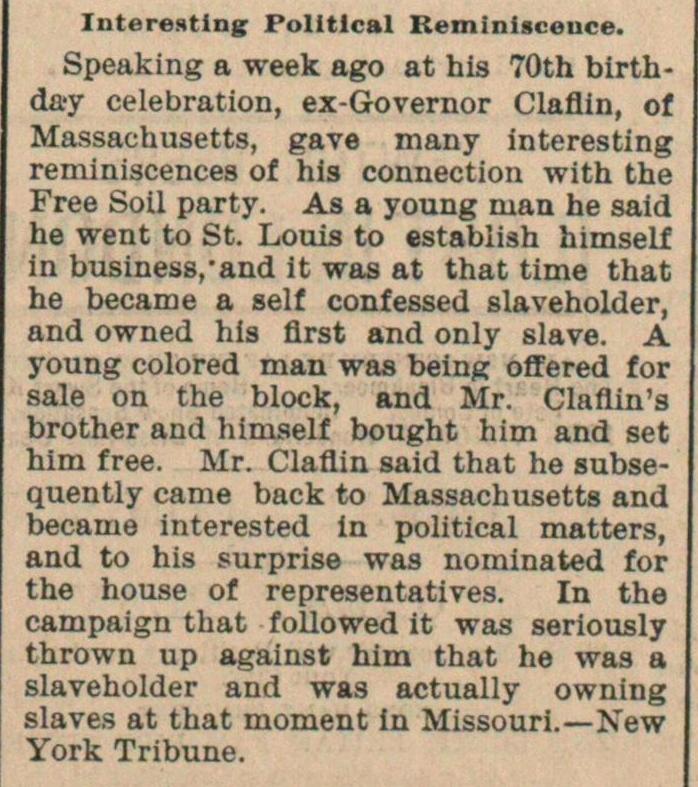 bpeaüing a weefc ago at his 7Uth birthday celebration, ex-Governor Claflin, of Massachusetts, gave many interesting reminiscences of hls connection with the Free Soil party. As a young man he said he went to St. Louis to establish himself in businessmand it was at that time that he becanae a self coniessed slaveholder, and owned his flrst and only slave. A young colored man was being offered for sale on the block, and Mr. Claflin's brother and himself bought him and set him free. Mr. Claflin said that he subsequently came back to Massachusetts and became interested In political matters, and to his surprise was nominated for the house of representatives. In the campaign that followed it was seriously thrown up against him that he was a slaveholder and was actually owning