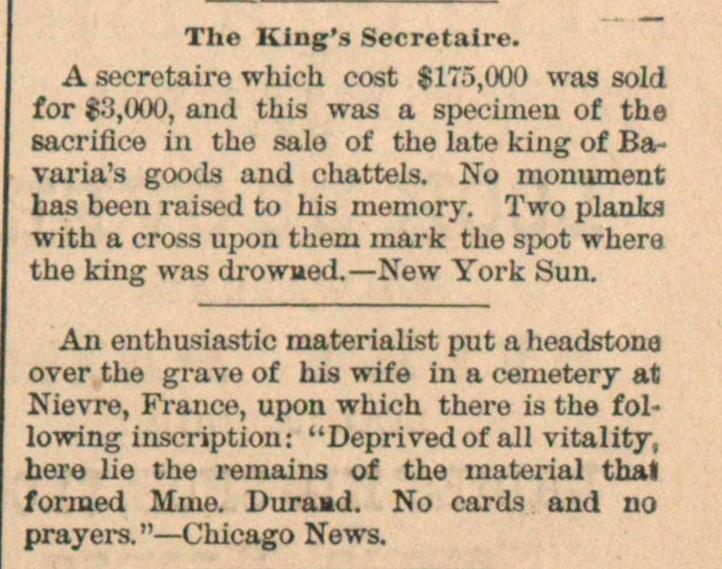 A secrétaire which cost $175,000 was sold for $3,000, and tuis was a specimen of the sacrifica in the salo of the late king of Bavaria's goods and chattels. No monument has been raised to nis memory. Two planlts with a cross upon them mark the spot whera the king was drowued.- New York Sun. An enthusiastic materialist put a headstona over the grave of his wife in a cemetery at Nievre, France, upon which there is the folio wing inscriptiou: "Deprivedof all vitality, here lie the reinains of the material thal formed Mme. Duramd. No cards and no