He Ought To Know 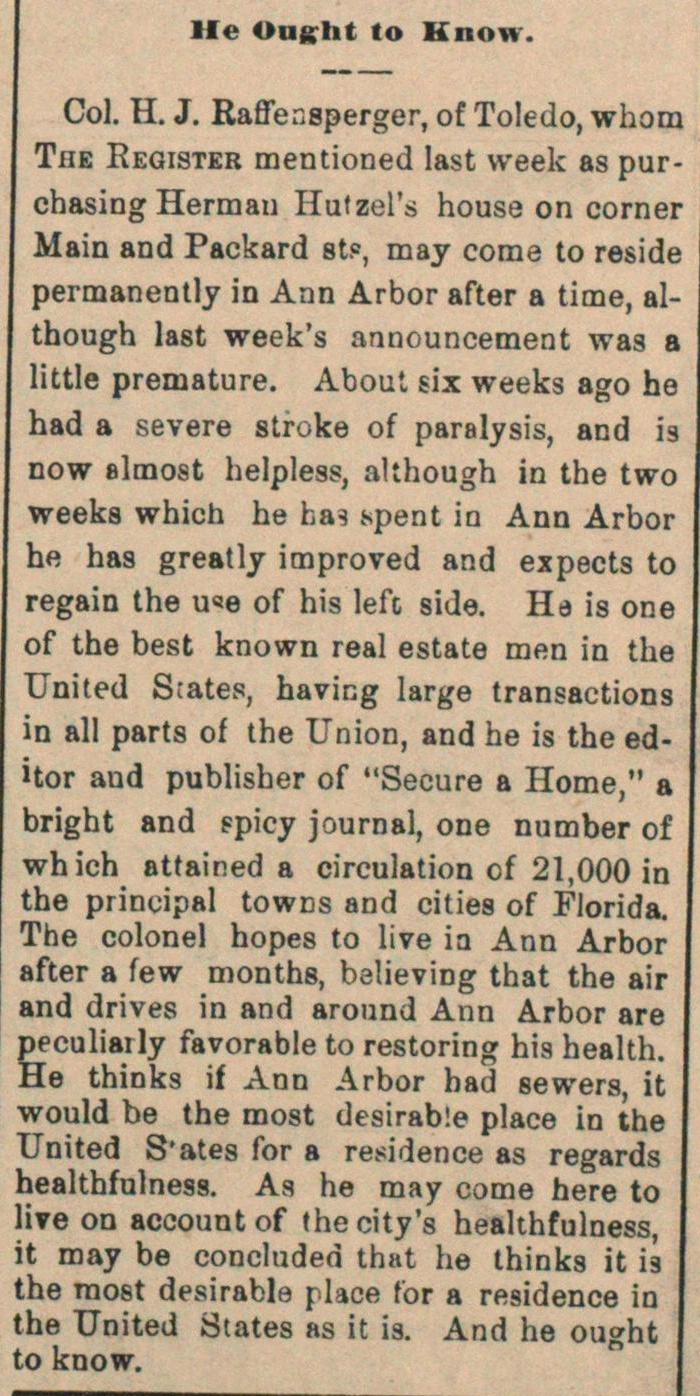 Col. H. J. Raffensperger, of Toledo, whom The Reqister mentioned last week as purchasing Herman Hutzel's house on comer Main and Packard st, may come to reside permanently in Ann Arbor after a time, although last week's announcement was a little premature. About six weeks ago he had a severe stroke of paralysis, and is now elnoost helpless, although in the two weeks which he has spent in Ann Arbor he has greatly ioiproved and expects to regain the ue of his left side. Ha is one of the best known real estáte men in the United S;ates, having large transactions in all parts of the Union, and he is the editor and publisber of "Secure a Home," a bright and ?picy journal, one number of which attained a circulation of 21,000 in the principal towDs and cities of Florida. The colonel hopes to live ia Ann Arbor after a few months, believing that the air and drives in and around Ann Arbor are peculiaily favorable to restoring hia health. He think9 if Ann Arbor had sewers, it would be the most desirable place in the United S'ates for a residence as regards healthfulness. As he may come here to lie on account of the city's healthfulness, it may be concluded that he thinks it is the most desirable place for a residence in the United States as it is. And he ought to know.