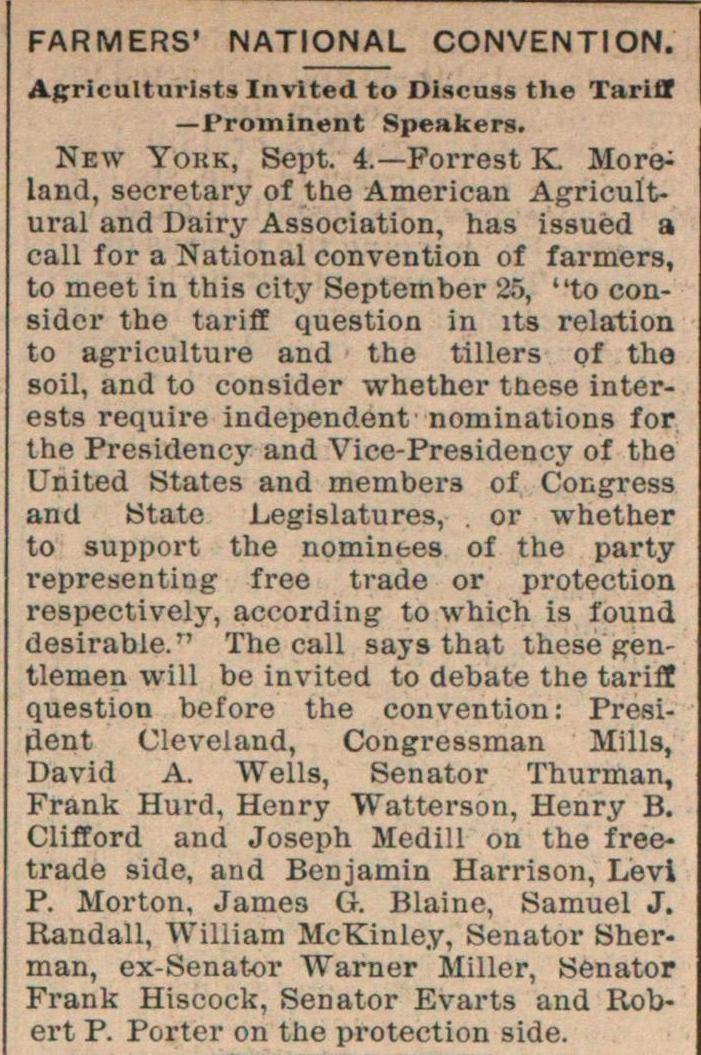 New Yohk, Sept. 4.- Forrest K Moreland, secretary of the American Agricultural and Dairy Association, has issuèd a cali for a National convention of farmers, to meet in this city September 25, "to consider the tariff question in lts relation to agriculture and the tillers of the soil, and to consider whether these interests require independent nominations for the Presidency and Vice-Presidency of the United States and members of Congress and State Legislatures, or whether to support the nominees of the party representing free trade or protection respectively, according to which is found desirable." The cali says that these gentlemen will be invited to debate the tarift question bef ore the convention: President Cleveland, Congressman Mills, David A. Wells, Senator Thurman, Frank Hurd, Henry Watterson, Henry B. Clifford and Joseph Medill on the freetrade side, and Benjamin Harrison, Lèvi P. Morton, James G. Blaine, Samuel J. Randall, William McKinley, Senator Sherman, ex-Senator Warner Miller, Senator Frank Hiscock, Senator Evarts and Robert P. Porter on the protection side.