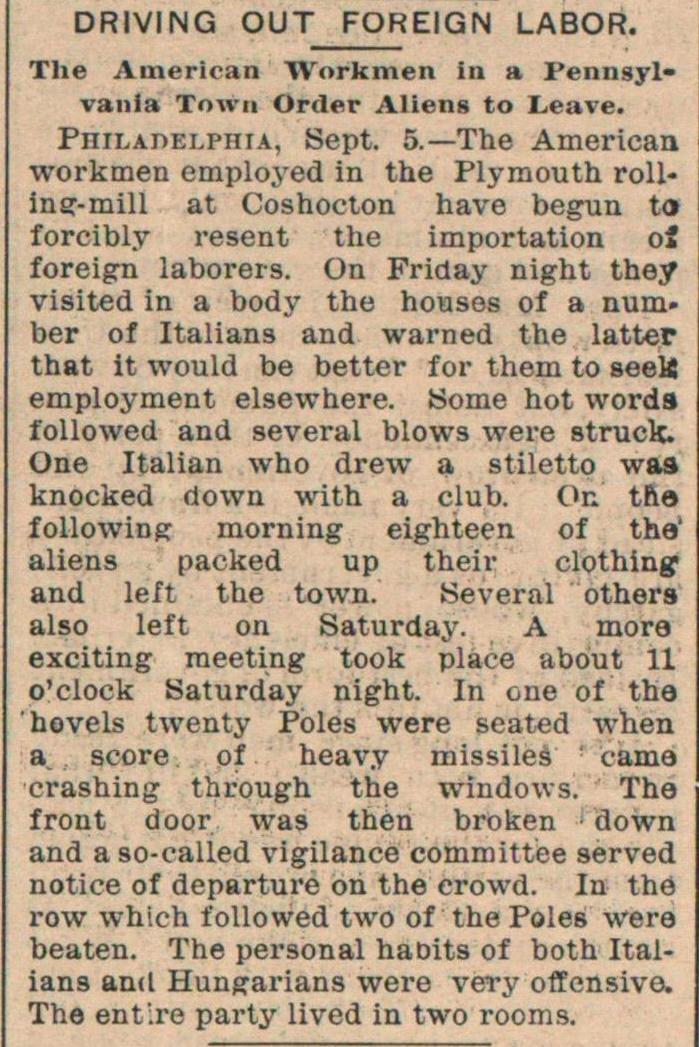 PniLADELPHiA, Sept. 5.- The American workmen employed in the Plymouth rolline-mill at Coshocton have begun to forcibly resent the importation oï foreign laborers. On Friday night they visited in a body the honsos of a number of Italians and warned the latter that it would be better for them to seelt employment elsevvhere. Some hot words followed and several blows were struck. One Italian who drew a stiletto was knocked down with a club. Or. tña followiDg morning eighteen of the' aliens packed up their clothinjj and let the town. Several others also left on Saturday. A more exciting meeting took place abóut 11 o'clock Saturday night. In ene of the 'hovels twenty Fbles were seated when a. score, of heavy tnissiles '■ cama crashing through the windows. The front door was then broken down and a so-called vigilance committee served notice of departure on the erowd. In the row which followed two of the Poles were beaten. The personal haoits of both Italians and Hungarians were very offensive. The enf.re party lived in two rooms.