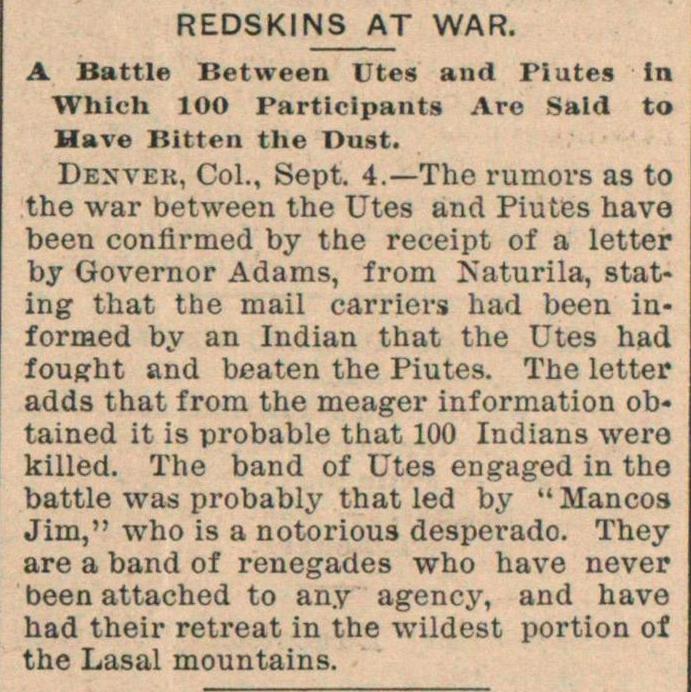 Dexvek, Col., Sept. 4. - The rumors as to the war between the Utes and Piutes have been confirmed by the receipt of a letter by Governor Adams, from Ñaturila, stating that the mail carriers had been infornaed by an Indian that the Utes had fought and beaten the Piutes. The letter adds that from the meager information obtained it is probable that 100 Indians wera killed. The band of Utes engaged in the battle was probably that led by " Mancos Jim," who is a notorious desperado. They are a band of renegades who have never been attached to any agency, and have had their retreat in the wildest portion of the Lasal mountains.