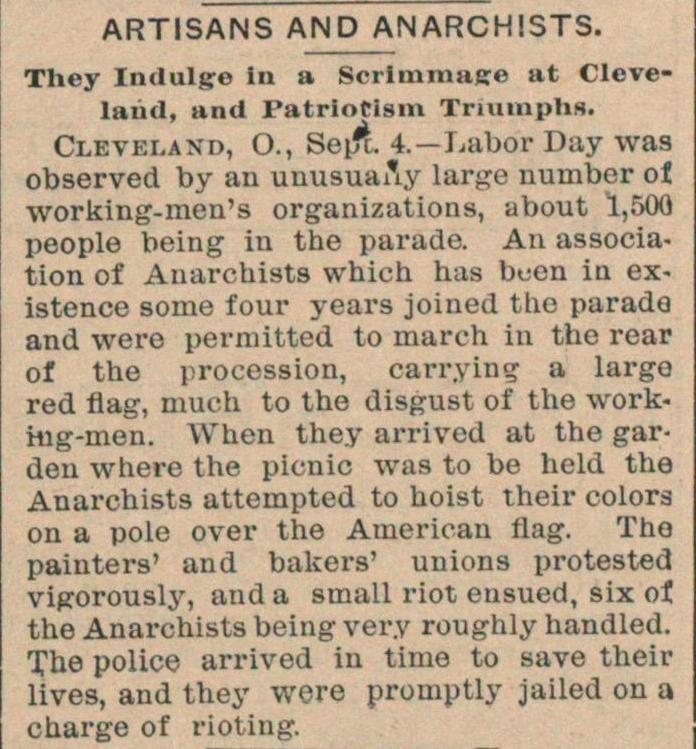 Cleveland, O., Seift. 4.- Labor Day was observed by au unusuai'iy largo numbor o{ working-men's organizations, about 1,500 people being in the parada An association oí Anarchists which has buen iti existence some four years joined the parada and were permitted to march in the rear of the procession, carrying a largo red flag, much to the disgust of the workmg-men. When they arrived at the garden where the picnic was to be held the Anarchists attempted to hoist their colors on a pole over the American flag. Tha painters' and bakers' unions protested vigorously, anda small riot eusued, six ot the Anarchists being ver.y roughly handled. The pólice arrived in time to save their uves, and they were promptly jailed on a charge of rioting.