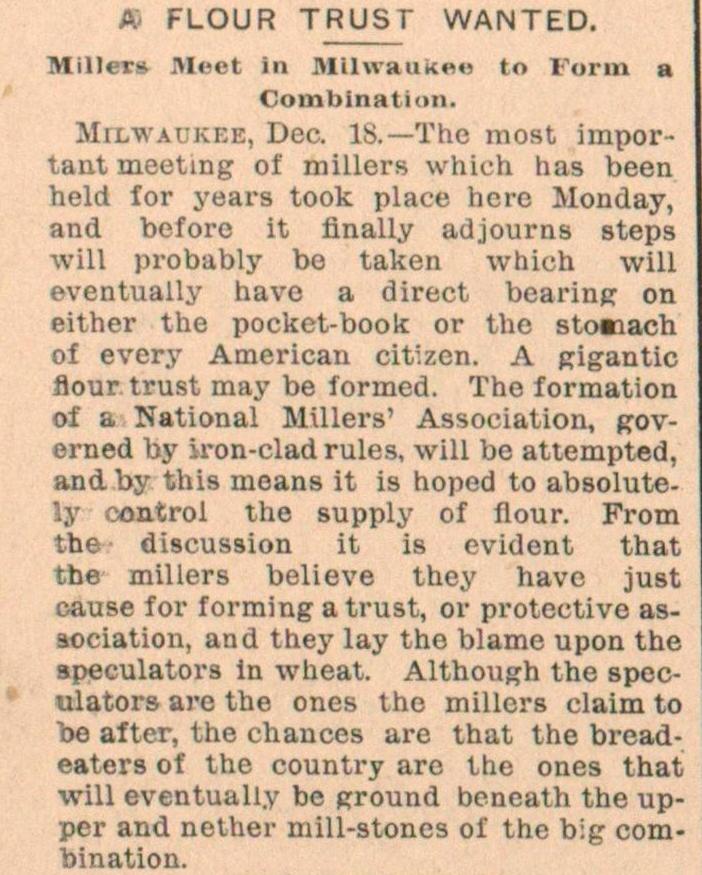 Milwaukee, Dec. IS.- The most important meeting of millers which has been held lor years took place here Monday, and before it flnally adjourns steps wUl probably bo taken which will eventually have a direct hearing on either the pocket-book or the stoaiach of every American citízen. A págantic flour trust may be formed. ïhe formation of a National Sluiers' Association, poverned by jron-clad rules, will be attempted, andby this moans it is hoped to absolutely control the supply of flour. From the discussion it is evident that the millers believe they have just cause for forming a trust, or protective association, and they lay the blame upon the speculators in wheat. Although the speculator are the ones the millcrs claim to be aíter, the chances are that the breadeaters of the country are the ones that will eventually be round beneath the upper and nclher mill-stoncs of the big combination.