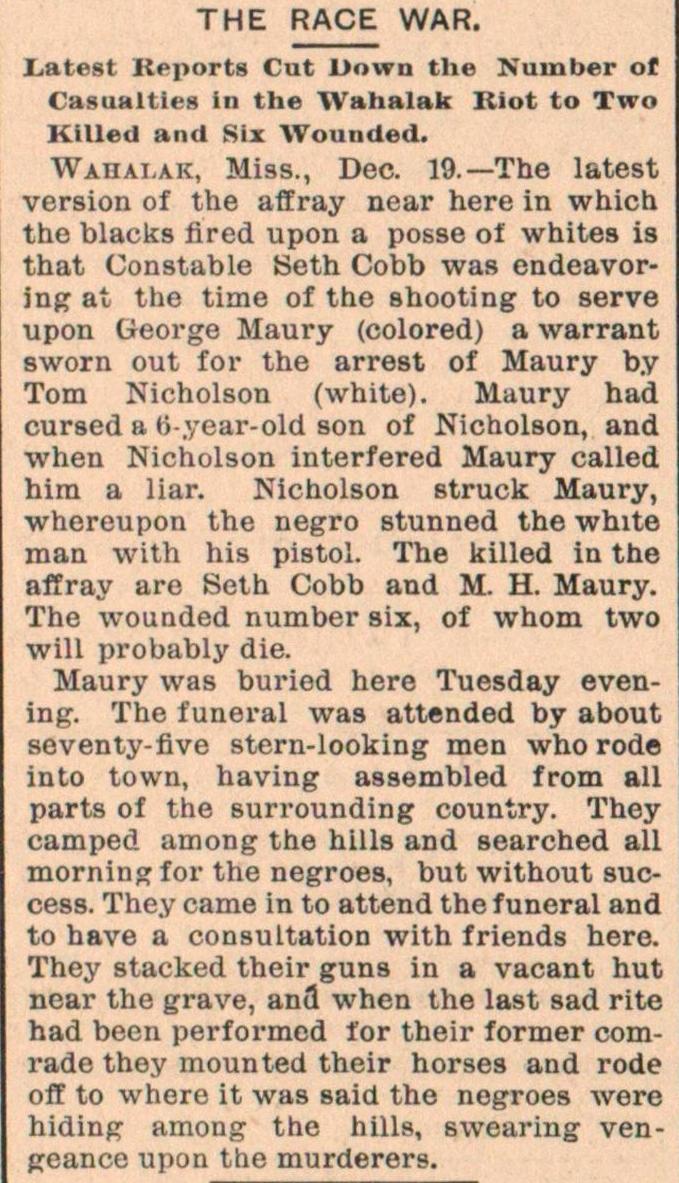 Wahai.ak, Miss., Dec. 19.- The latest version of the affray near here in which the blacks flred upon a posse ot whites is that Constable Seth Cobb was endeavoring at the time of the shooting to serve upon Ueorge Maury (eolored) a warrant sworn out for the arrest of Maury by Tom Nicholson (white). Maury had cursed a H-year-old son oí Nicholson, and when Nicholson interfered Maury called hira a liar. Nicholson struck Maury, whereupon the negro stunned the white man with his pistol. The killed in the affray are Seth Cobb and M. H. Maury. The wounded number six, of whom two will probably die. Maury was buried here Tuesday evening. The funeral was attended by about seventy-five stern-looking men who rode into town, having assembled from all parts of the Burrounding country. They camped among the hills and searched all morningfor the negroes, but without success. They came in to attend the funeral and to have a consultation with friends here. They stacked their guns in a vacant hut near the grave, anS when the last sad rite had been performed for their former comrade they mounted their horses and rode off to where it was said the negroes were hiding among the hilla, swearing venReance upon the murderers.