Nothing Will Stop Him 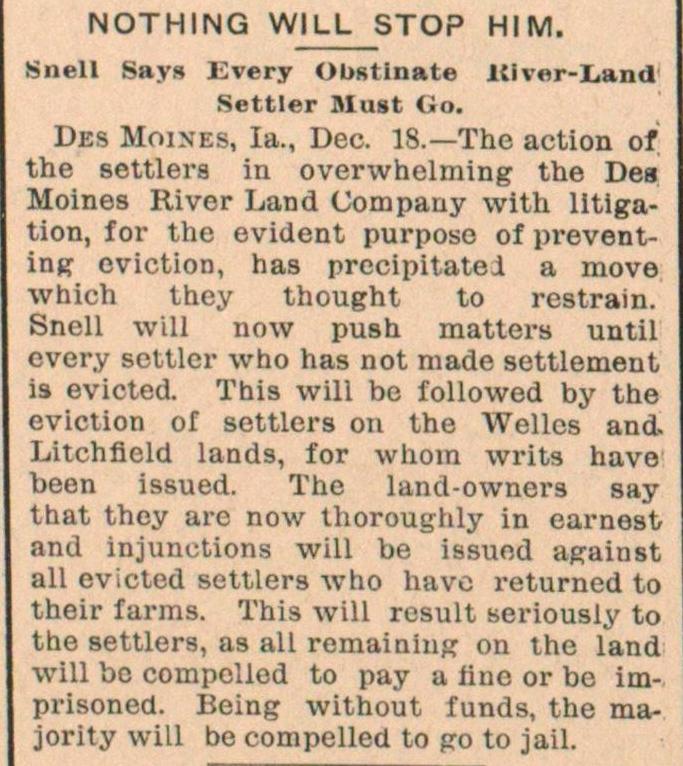 Des Moines, la., Dec. 18.- The action of the settlera in overwhelming the Des Moines River Land Company with lltigation, for the evident purposo of preventing eviction, has precipítate! a move which they thought to restrain. Snell will now push matters until every scltlcr who has not made settlement is evicted. Tnis will be followed by the eviction of settlers on the Welles and, Jjitchfield lands, for whom writs have been issued. The land-owners say that they are now thoroughly in earnest and injunctions will be issund against all evicted settlers who have returned to their farms. This will result üeriously to the settlers, as all remaining on the land will bc compolled to pay a íine or be imprisoned. Being without funds, the majority will be compelled to go to jail.