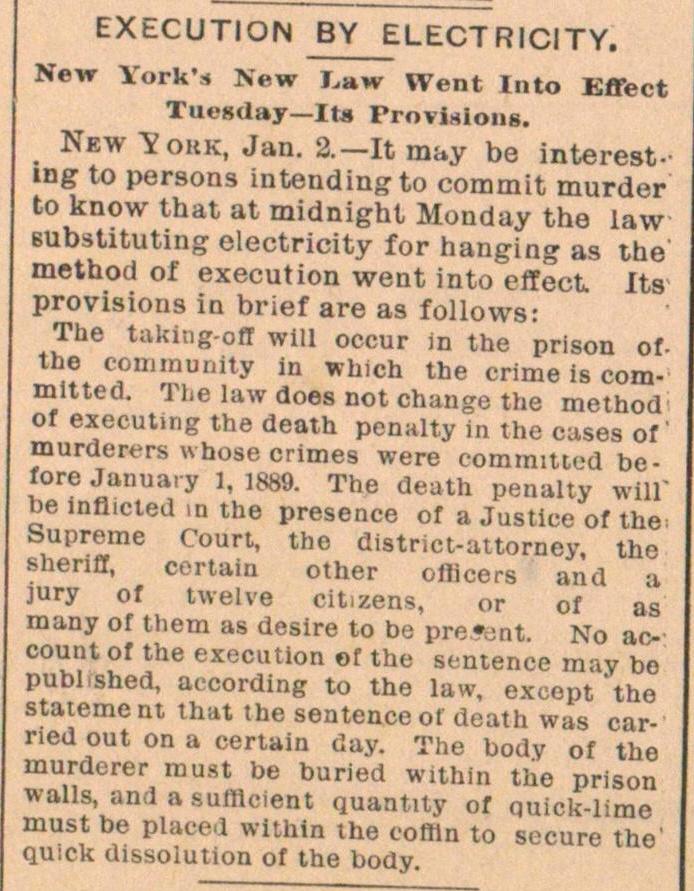 ïew"ïouk, Jan. 2.- It may be interestmg to persons intending to commit murder to know that at midnight Monday the law eubstituting electricity for hanging as the method of execution went into effect lts provisions in brief are as follows: The taking-off win occur in the prison of. the commonlty in which the crime is commltted. The law does not change the method of executing the death penalty in the cuses of murderers wtaose crimes were commiued before January 1, 1889. The death penalty will' be inflicted in the presence of a Justice of the: Supreme Court, the district-attorney, the snenfl, cortain other offlcers and a jury of twelve citizens, or of as many of tliem as desire to be pre Jent No account of the execution of the sentence muy bo publshed, according to the law, excopt 'the statement that the sentence ot death was carned out on a certain day. The body of the murdorer must be buried within the prison walls, and asuflleient quantity of quick-lime must be placed within the coffln to secure the' quick dissolution of the body