Their Lives Crushed Out 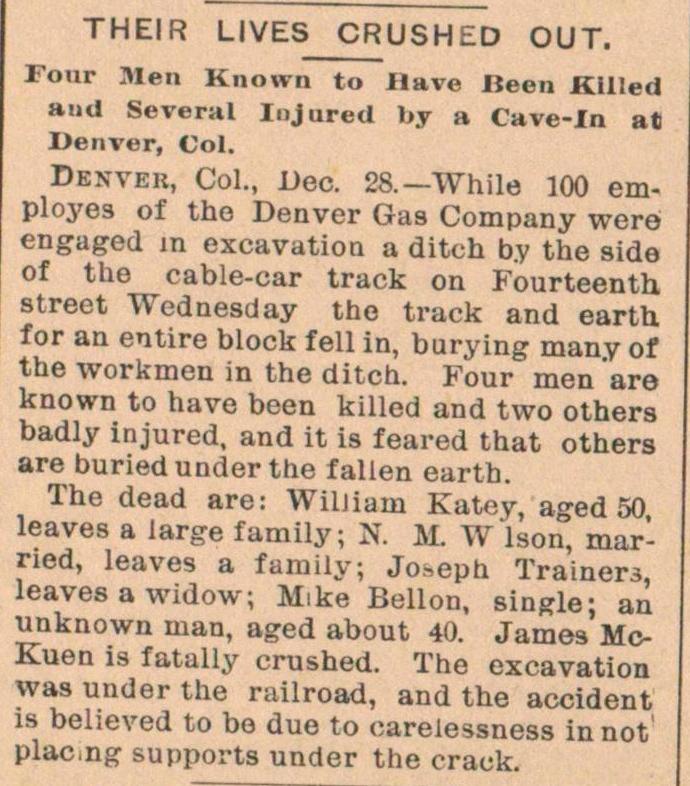 Denver, Col., Dea 28.- While 100 employés of the Denver Gas Company wero engaged m excavation a ditch b.y the side of the cable-oar track on Fourteenth street Wednesday the track and eartb. for an entire block feil in, burying many of the workmen in the ditch. Kour men are known to have been killed and two others badly injured, and it is feared that others are buriedunder the fallen eartb. The dead are: Wiliiam Katey, aged 50 leaves a large family ; N. M. W lson, raarried, leaves a family; Joepb Trainers leaves a widow; Mike Belion, single; an unknown man, aged about 40. James McKuen is fatally crushed. The excavation was under the railroad, and the accident is believed to be due to oarelessness in not' placng supports under the crack.