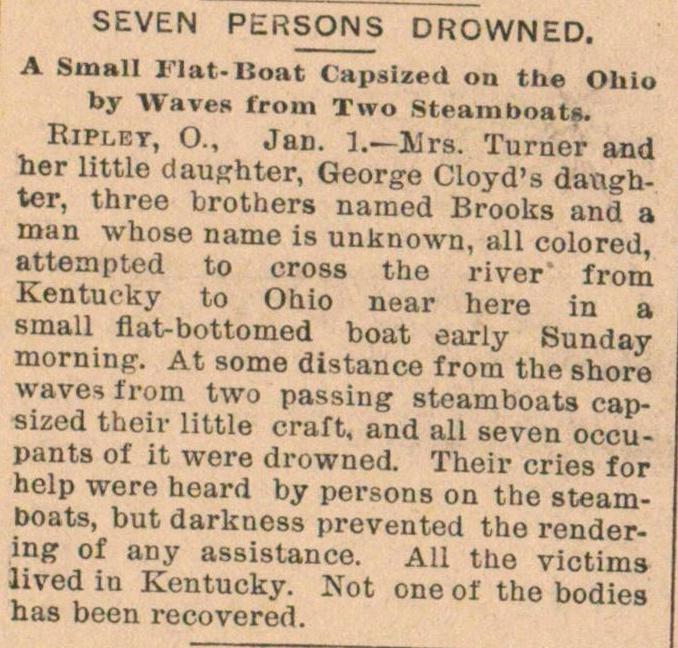 Riplet, O., Jan. J.- M rs. Turner and her httlo daufíhter, George Cloyd's danghter, three brothers named Brooks and a man whose name is unknown, all colored attempted to cross the river from Kentucky to Ohio near here in a small flatbottomed boat early Sunday morning. At some distance from the shore waves from two passing steamboats eapsized thelr little craft, and all seven occupants of ít were drowned. Their cries for help were heard by persons on the steamboats, but darkness prevented the rendering of any assistance. AU the victims lived m Kentucky. Not one oí the bodies nas been recovered.