Shot His Mother And Brother 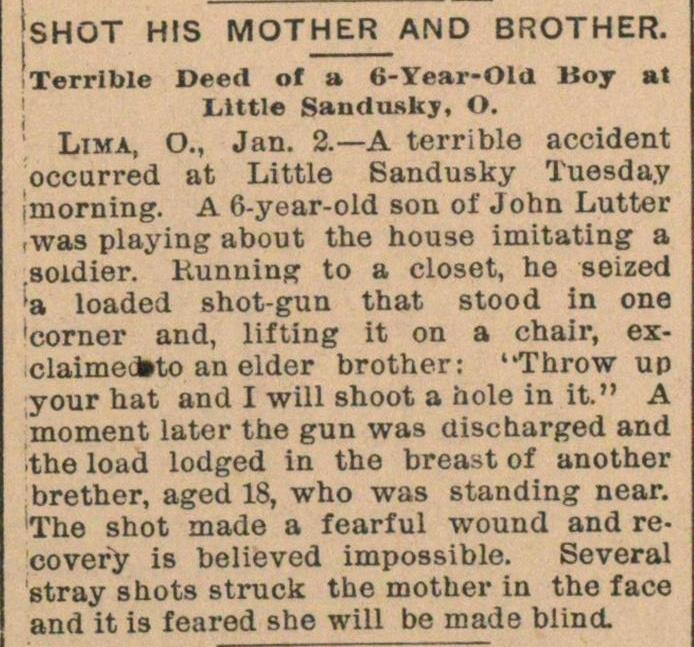 Lima, O., Jan. 2.- A terrible accident occurred at Little Bandusky Tuesday jmorning. A 6-year-oId son oí' John Lutter was playing about the house imitating a soldier. Kunning to a closet, he seized 'a loadeci shot-gun that stood in one 'comer and, lifting it on a chair, exclaimeto an eider brother: "Throw up your hat and I will shoot a hole in it." A moment later the gun was üiscbarged and the load lodged in the breast of another brether, aged 18, who was standing near. The shot made a fearful wound and recovery is believed impossible. Several stray shots struck the mother in the face and it is feared she will be made blind.