A Bonanza For Old Soldiers 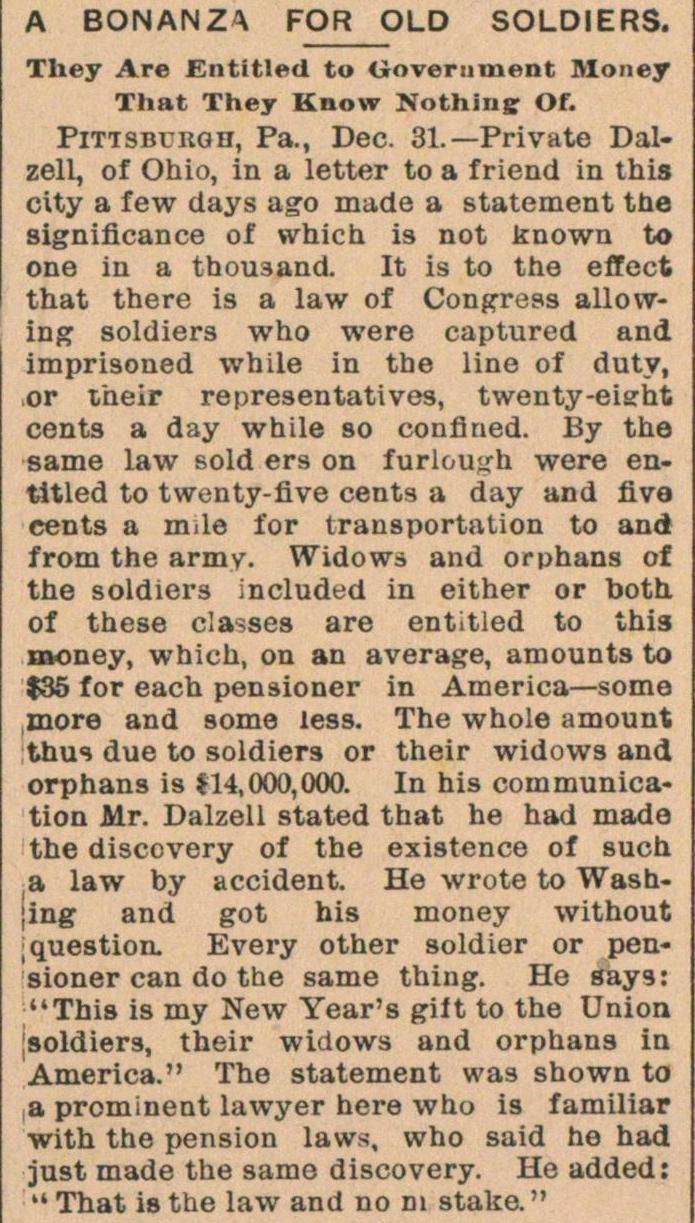 PrnsBuuan, Pa., Dec. 31.- Private Dalzeil, of Ohio, in a letter to a friend in this city a few days ago made a statement tne signiflcance of which is not known to one in a tbouaand. It is to the effect that there is a law of Congress allovying soldiers who were captured and imprisoned whüe in the line of duty, or their representativos, twenty-eisjht cents a day while so conflned. By the same law sold ers on fttrlough were entitled to twenty-five cents a day and fiva cents a mile for transportation to and from the army. Widows and oruhans of the soldiers ncluded in either or boto, of these classes are entitled to this money, which, on an average, amounts to Í35 for each pensioner in America - some more and some less. The whole amount thus due to soldiers or their widows and orphans is f14,000,000. In his communication Mr. Dalzell stated that he had made the discovery of the existence of such (a law by accident. He wrote to Washing and got his money without ;question. Every other soldier or pensioner can do the same thing. He gays: "Tuis is my New Year's gilt to the Union soldiers, their widows and orphans in America." The statement was shown to a prominent lawyer here who is familiar with the pension laws, who said he had just made the same discovery. He added: " That is the law and no ni stake. "