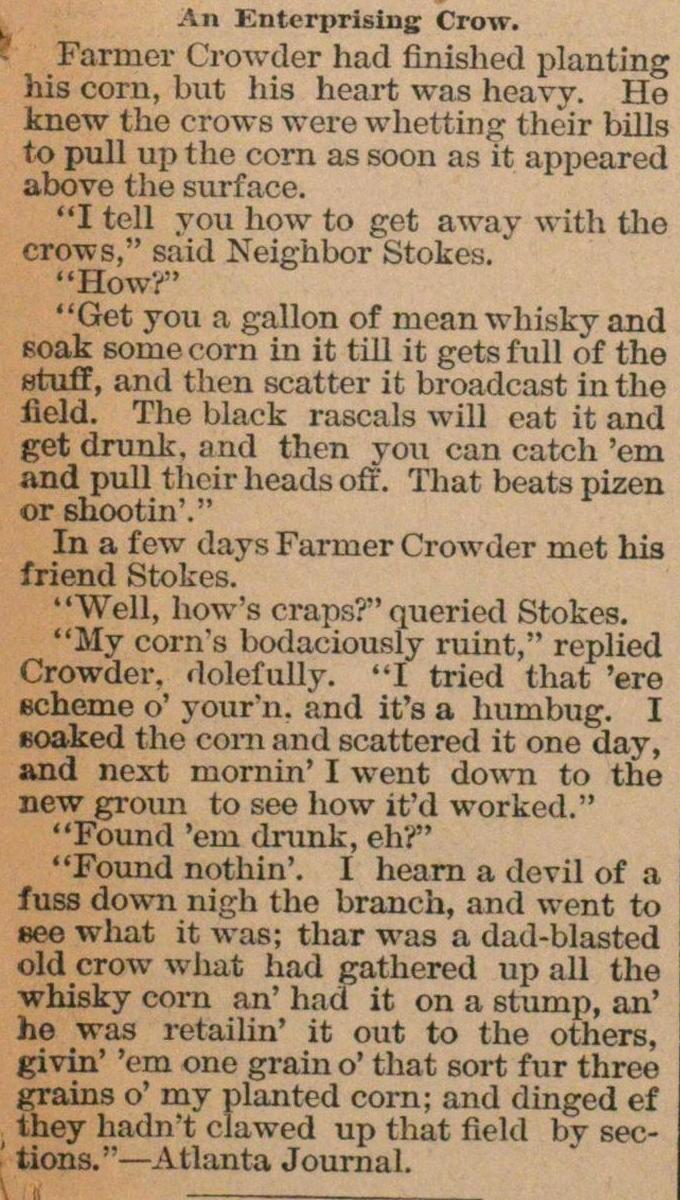 Farmer Crowder had finished planting his com, but his heart was heavy. He knew tho crows were whetting their bilis to pull up the corn as soon as it appeared above the surface. "I teil you how to get away with the crows," said Neighbor Stokes. "How?" "Get you a gallon of mean whisky and Boak somecorn in it till it getsfull of the HtufE, and then scatter it broadcast in the field. The black rascáis will eat it and get drunk, and then you can caten 'em and pull their heads off. That beats pizen or 6hootin" In a few days Farmer Crowder met his iriend Stokes. "Well, how's craps?" queried Stokes. "My corn's bodaciously ruint," replied Crowder. ilolefully. "I tried that 'ere Bcheme o' your'n. and it's a humbug. I soaked the com and scattered it one day, and next mornin' I went down to the new groim to see how it'd worked." "Found 'em drunk, eh?" "Found nothin'. I hearn a devil of a fuss down nigh the branch, and went to nee what it was; thar was a dad-blasted old crow what had gathered up all the whisky corn an' had it on a stump, an' he was retailin' it out to the others, givin' 'em one grain o' that sort fur three grains o' my planted corn; and dinged ef they hadn't clawed up that field bv