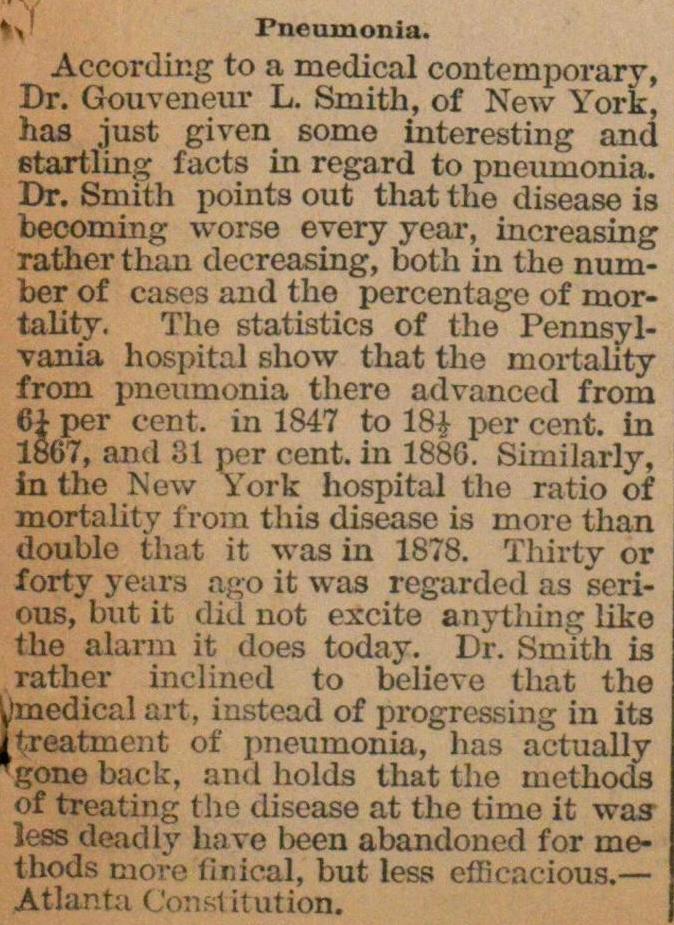 Accordir.g to a medical contemporary, Dr. Gouveneur L. Smith, of New York, has just given some interesting and staortlina; facts in regard to pneumonía. Dr. Smith points out that the disease is becoming worse every year, increasing rather than decreasing, both in the number of cases and the percentage of mortality. The statistics of the Pennsylvania hospital show that the mortality from pneumonía thero advanccd froni 6i per cent. in 1847 to 18f per cent. in 1867, and 81 per cent. in 1880. Similarly, in the New York hospital the ratio of mortality í rom this disease is more than doublé that it was in 1878. Thirty or forty years ago it was regarded as serious, but it did not excite anythinc; like the alarm it does today. Dr. Smith is rather inclincd to believe that the (medical art, instead of progressing in its t.reatment of pneumonía, has actually gone back, and holds that the methods of treating the disease at the time it was leas deadly have teen abandoned for methods more finical, but less eflicncious. -