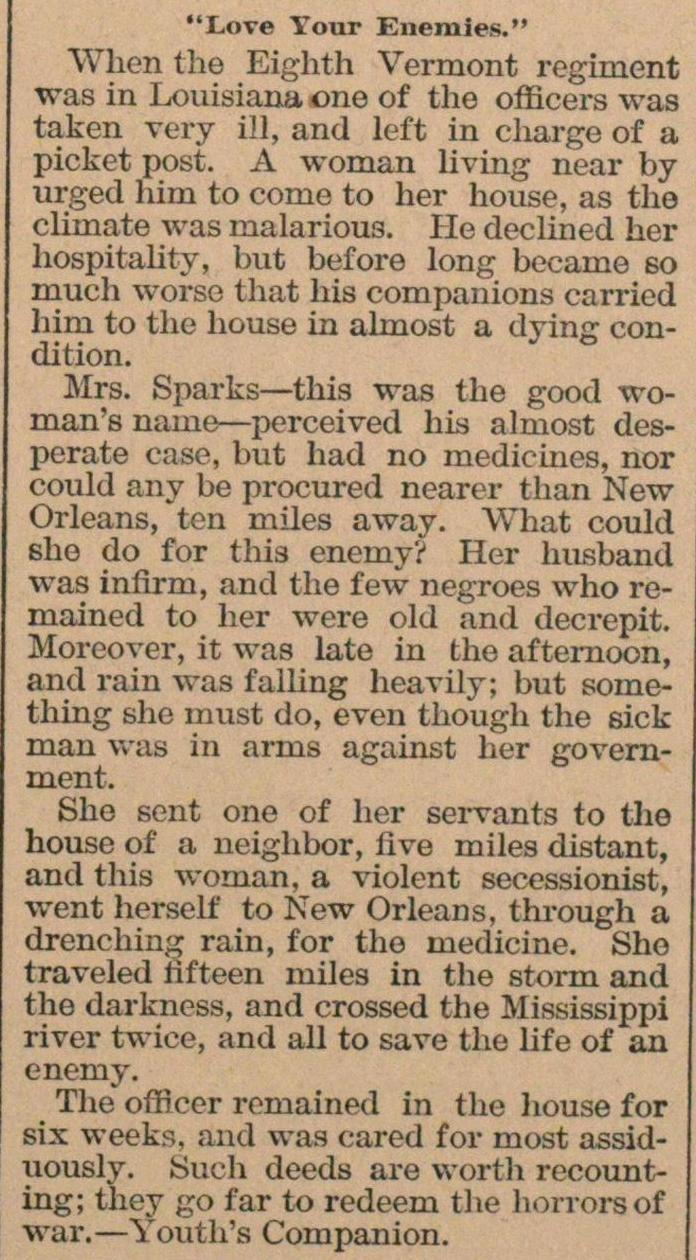 Vlion the Eighth Vermont régimen was in Louisianaone of the officers was taken very ill, and left in charge of a picket post. A woman living near by urged him to come to her house, as the climate was malarious. He declined her hospitality, but before long became 60 much worso that his companions carriec him to the house in almost a dying condition. Mrs. Sparks - this was the good woman's name - perceived his almost desperate case, but had no medicines, nor could any be procured nearer tlian New Orleans, ten miles away. What could she do for this enemy? Her husband was inflrm, and the few negroes who remained to her were old and decrepit. Moreover, it was late in the afternoon. and ram was falling heavily; but sometliing slie must do, even though the 6ick man was in arms against her government. She sent one of her servants to the house of a neighbor, live miles distant, and this woman, a violent secessionist, went herself to New Orleans, through a drenching rain, for the medicine. Sho traveled fifteen miles in the storm and the darkness, and crossed the Mississippi river twiee, and all to save the life of an eneniy. The officer remained in the house for six weeks, and was cared for most assiduously. Such deeds are worth recounting; they go far to redeem the horrors of