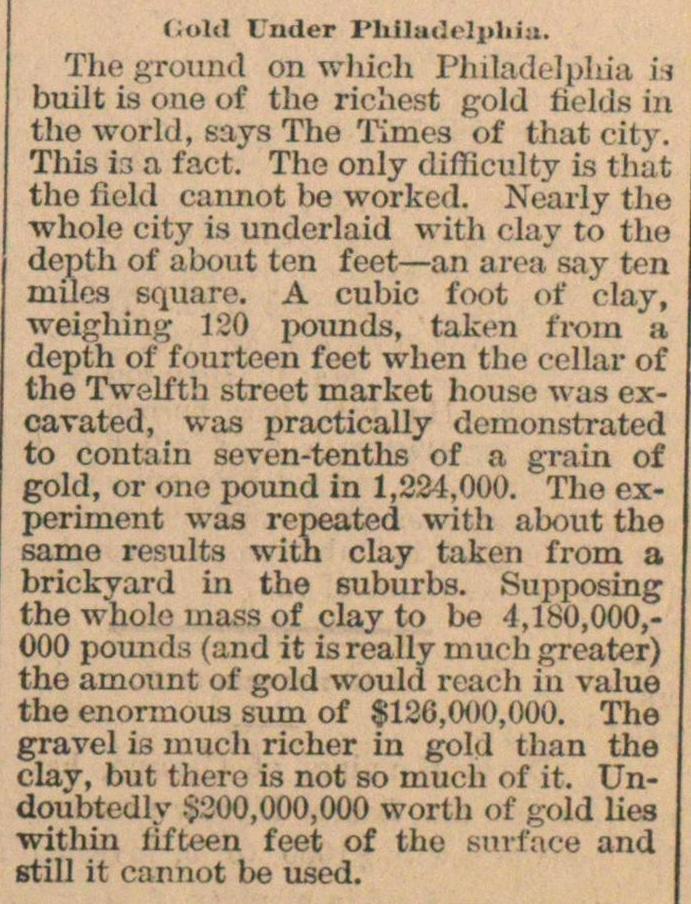 Theground on which Philadelphia ii built is one of the richest gold fields In the worid, says The Times of that cil y. This Í3 a fact. The only difïiculty is thut tho field cannot be workod. Nearly the whole city is underlaid with clay to tho depth of about ten feet - an area say ten miles square. A cubic loot of clay, weighing 120 pounds, taken trom a depth of fourteen feet when the cellar of the Tweü"th street market house was excavated, was practically demonstrated to contain seven-tenths of a grain of gold, or ono pound in 1,224,000. Tho experiment was repeated with about the samo results with clay taken from a brickyard in the suburbs. Supposing the whole mass of clay to be 4,180,000,000 poimdn (and it is really inufh greater) the amount of gold would reach in value the enormous sum of $126,000,000. The gravel is much richer in gold than the clay, but thero is not so much of it. Undoubtedly .'000,000,000 worth of gold lies within lifteen feet of the Burface and still it canhot be used.