Buried In The Ruins 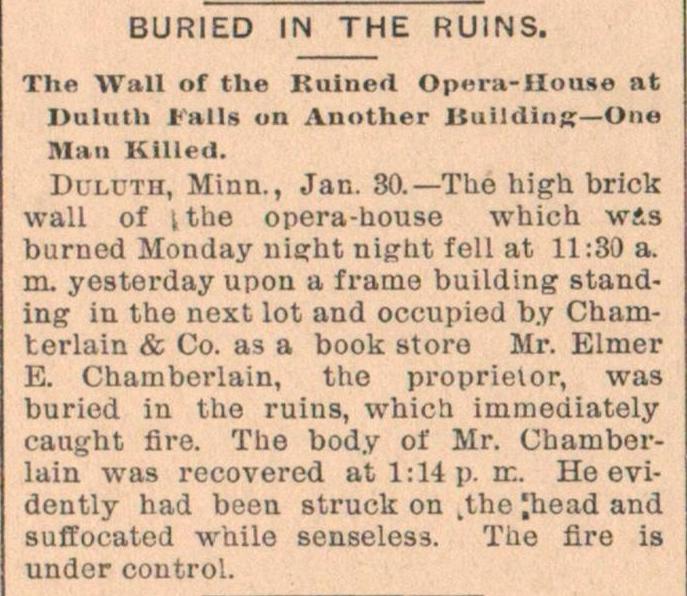 Duluth, Minn., Jan. 30.- The high brick wall of ithe opera-house which wis burned Monday night night feil at 11:30 a. m. yesterday upon a frame building standing in the next lot and occupied by Chamterlain & Co. as a book store Mr. Elmer E. Chamberlain, the proprielor, was buried in the ruins, whicti immediately caught fire. The body of Mr. Chamberlain was recovered at 1:14 p. n".. He evidently had been struck on .the head and suffocated while senseless. Tüe fire is under control.