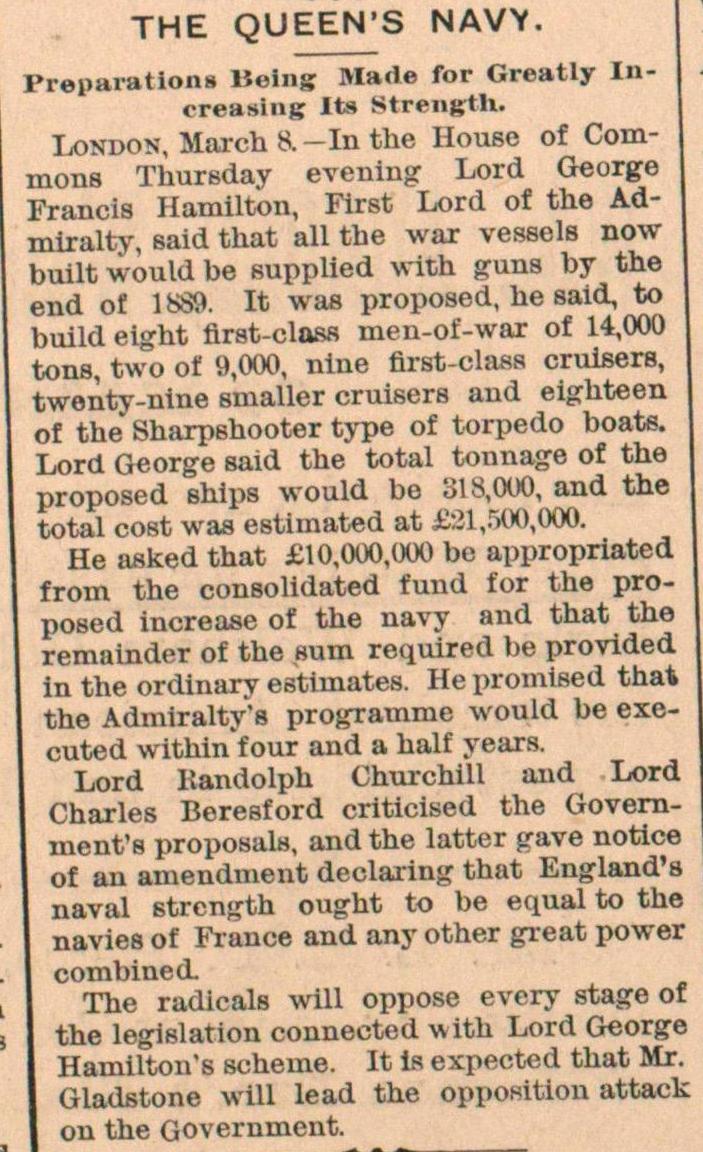 London, March S. -In the House of Commons Thureday evening Lord George Francis Hamilton, First Lord of the miralty, said that all the war vessels now built would be Bupplied vrith guns by the end of 1S89. It was proposed, he said, to build eight first-class men-of-war of 14,000 tons, two of 9,000, nlne first-class cruiserB, twenty-nine smaller cruisers and eighteen of the Sharpshooter type of torpedo boats. Lord George said the total tonnage of the proposed shlps would be 018,000, and the total cost was estimated at L21,500,000. He asked that L10,000,000 be appropriated from the consolidated fund for the proposed increase oí the navy and that the remainder of the mm required be provided in the ordinary esttinates. He promised that the Admiralty's programme would be executed within'four and a half years. Lord Handolph Churchlll and Lord Charles Beresford critlcised the Government's proposals, and the latter gave notice of an amendment declaring that England's naval strcntfth ought to be equal to the navies of France and any other great power combine d. The radicale will oppose every stage of the legislation connected with Lord George Hamilton's scheme. It is expected that Mr. Gladstone will lead the opposition attack I on the Government.