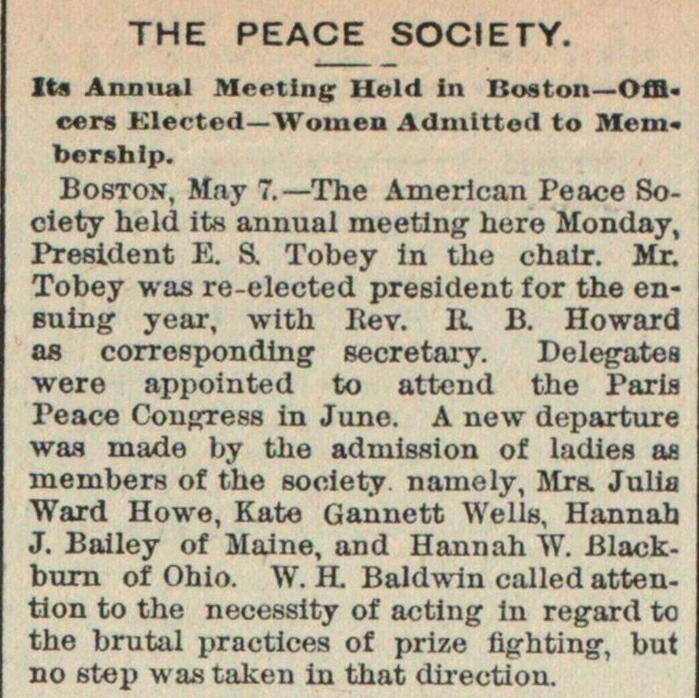 Boston, Muy 7.- The American Peace Society held its annual meeting here Monday, President E. a Tobey in the chair. Mr. Tobey was re-elected president for the engulng year, with Iiev. 11 B. Howard as corrosponding eecretary. Delegates were appointed to attend the Paris Peace Congress in June. A new departure waa made by the admission of ladies as members of the society namely, Mrs. Julia Ward Howe, Kate Gannett Wells, Hannah J. Bailey of Maine, and Hannah W. Blackburn of Ohio. W. H. Baldwin called attention to the necessity of acting in regard to the brutal praetices of prize üghting, but no step was taken in that direction.