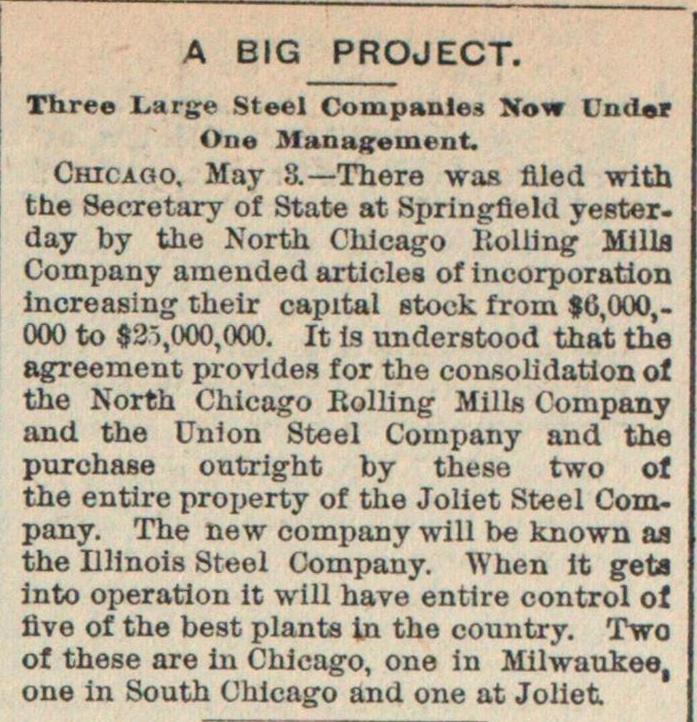 Chicago. May 8.- There was nled wlth the Secretary of State at Springfield yesterday by the North Chicago liolling Millfl Company amended arttcles of incorporatíon increasing their capital stock from 96,000,000 to S2"),CKX),000. It Is understood that the agreement próvidos f or the eonsolidatlon ol the North Chicago Rolling Mills Company and the Union Steel Company and the purchaae ontright by these two of the entire property of the Joliet Steel Oompany. The new company will b known as the Illinois Steel Company. When lt geta into operation it will have entire control ol flve of the best planta to the country. Two of these are Ín Chicago, one in Milwaukee, one in South Chicago añil one at Joliet