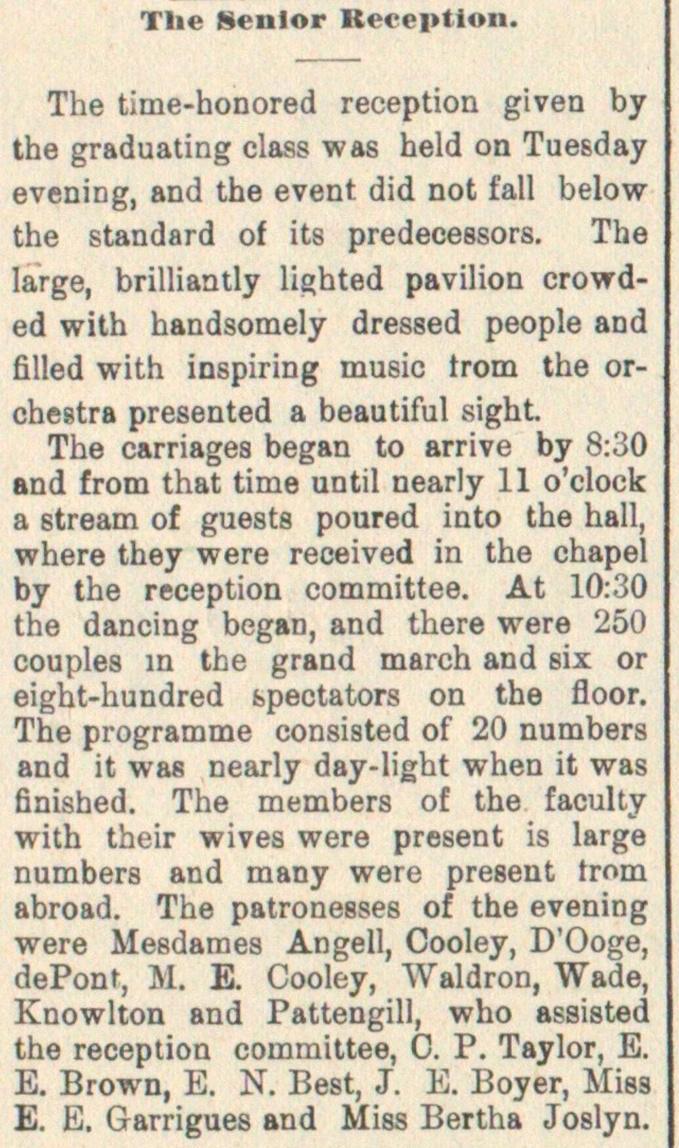 The time-honored reception given by the graduating claas was held on Tuesday evening, and the event did not fall below the standard oí its predecessors. The Iarge, brilliantly lihted pavilion crowded with handsomely dressed people and filled with inspiring music trom the orchestra presented a beautiful sight The carriages began to arrive by 8:30 and f rom that time until nearly 11 o'clock a stream of guests poured into the hall, where they were received in the chapel by the reception committee. At 10:30 the dancing began, and there were 250 couples in the grand march and eix or eight-hundred bpectators on the floor. The programme consisted of 20 numbers and it was nearly day-light when it was finished. The members of the faculty with their wives were present is Iarge numbers and many were present trom abroad. The patronesses of the evening were Mesdames Angelí, Cooley, D'Ooge, dePont, M. E. Cooley, Waldron, Wade, Knowlton and Pattengill, who assisted the reception committee, O. P. Taylor, E. E. Brown, E. N. Best, J. E. Boyer, Miss E. K. Garrigues and Miss Bertha Joslyn.