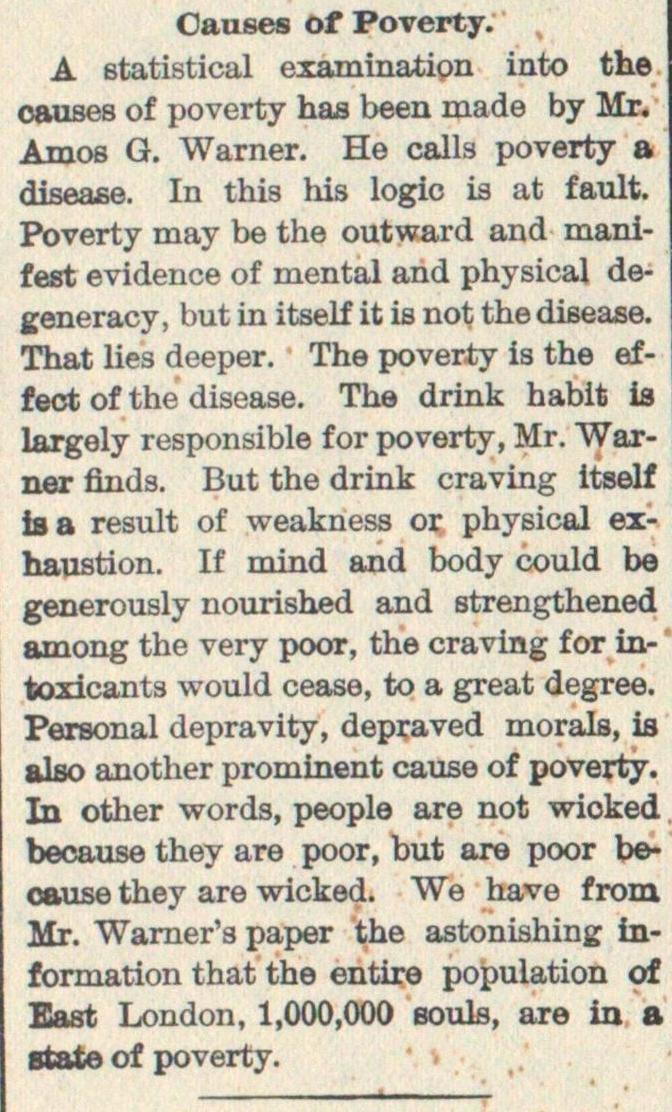 A statistical examinatipn into the causes of poverty has been made by Mr. Amos G. Warner. He calis poverty a disease. ín this bis logic is at fault. Poverty may be the outward and manifest evidence of mental and physical degeneracy , but in itself it is not the disease. That lies deeper. The poverty is the effect of the disease. The drink habit ia largely responsible for poverty, Mr. Warner flnds. But the drink craving itself isa result of weakness or physioal eihaustion. If mind and body could bo generously nourished and strengthened among the very poor, the craving for intoxicanta would cease, to a great degree. Personal depravity, depraved moráis, is also another prominent cause of poverty. In other words, people are not wioked because they are poor, but are poor because they are wicked. We have f rom Mr Warner's paper the astonishing information that the entire population of East London, 1,000,000 bouIs, are in a state of poverty.