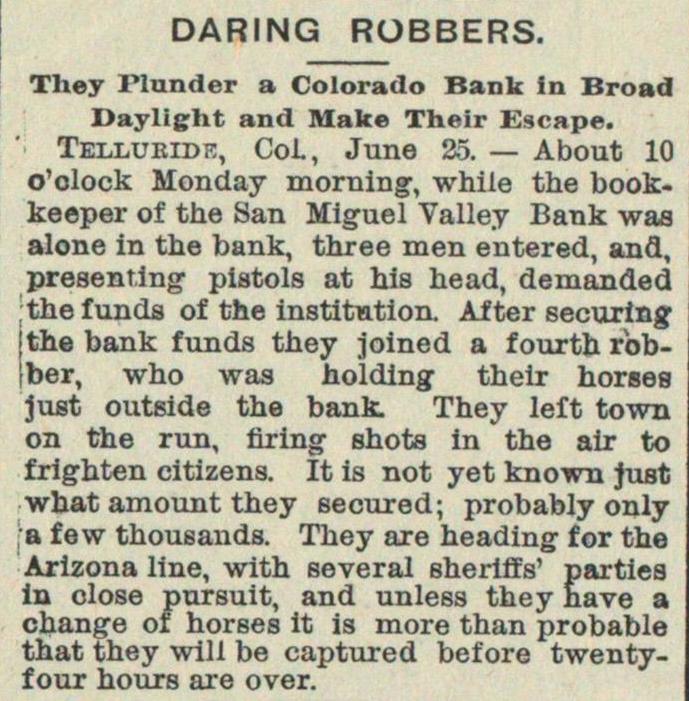 Tellukide, Col, June 25. - About 10 o'olock Monday morning, while the bookkeeper oL the San Miguel Valley Bank was alone in the bank, three men entered, anfl, presenting pistola at his head, demandad the funds of the institution. After securing jthe bank funds they joined a fourth ribber, who was holding their horsea just outside the bank, They left town on the run, firing shots in the air to frighten citizens. It is not yet known Just what amount they seoured; probably only a few thoueands. They are heading for the Arizona line, with Beveral sheriiïs' parties in olose pursuit, and unless they have a change of horses it is more than probable that they will be captured before twentyf our hours are over.