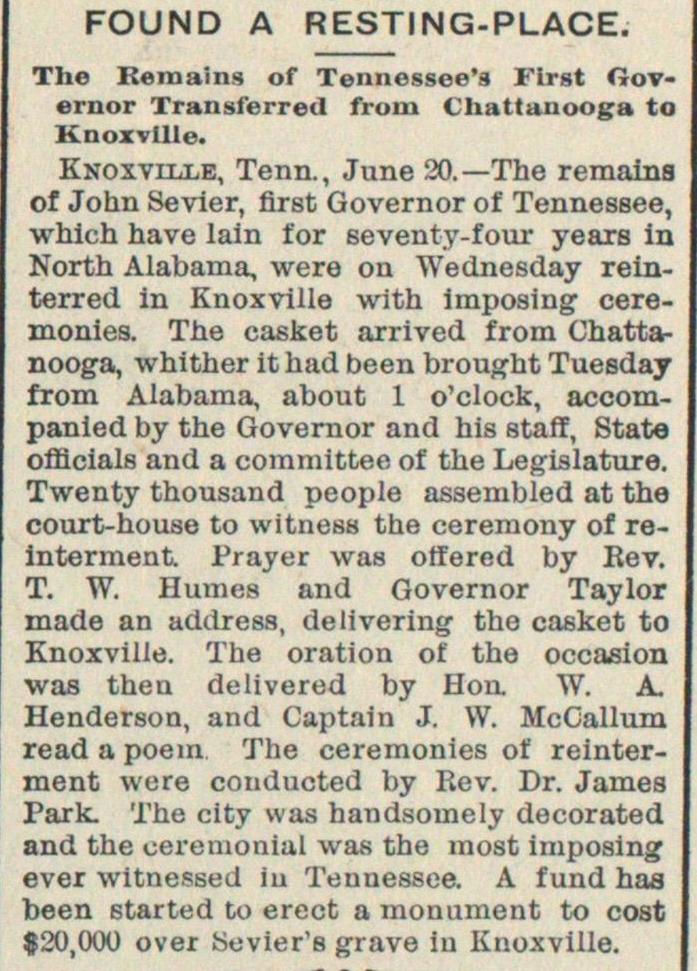 Knoxville, Tenn., June 20.- The remains of John Sevier, first Governor of Tennessee, which have lain for sevent.y-four years in North Alabama, were on Wednesday reinterred in Knoxville with imposing ceremonies. The casket arrived from Chattanooga, whither it had been brougbt Tuesday from Alabama, about 1 o'clock, accompanied by the Governor and nis staff, State officials and a committee of the Legislature. Twenty thousand people assembled at the court-house to witness the ceremony of reinterment. Prayer was ofïered by Eev. T. W. Humes and Governor Taylor made an aditress, de li vering the casket to Knoxville. The oration of the occasion was then delivered by Hon. W. A. Henderson, and Captain J. VV. McCallum read a poein The ceremonies of reinterment were conducted by Rev. Dr. James Park. The city was handsomely decorated and the ceremonial was the most imposingf ever witnessed iu Tennessee. A fund has been started to erect a monument to cost $20,000 over Sovier's grave iu Knoxville.