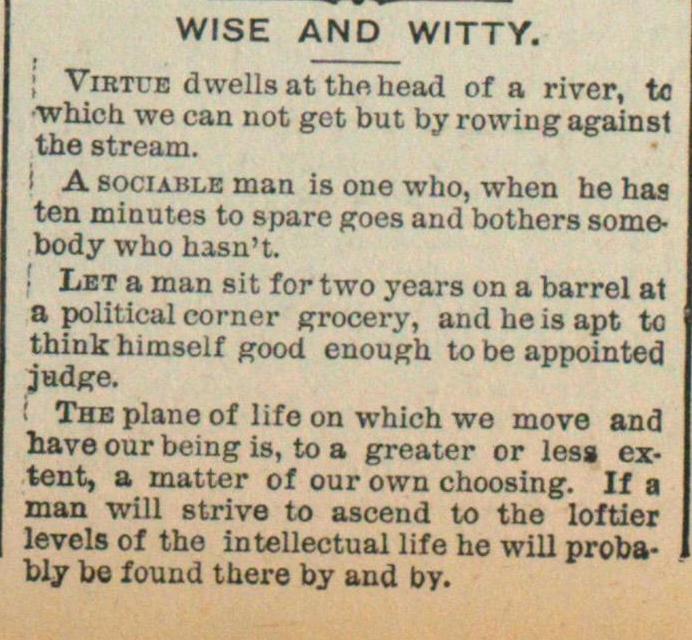 ; ViRTCE dwellsat thohead of a river, te which we can not get but by rowing against the stream. ! A socuHLE man is one who, when he has ten minutes to spare goes and bothers somebody who hasn't. ; Let a man sit for two years on a barrel at a political corner grocery, andheisapt to think himself good enough to be appointed judge. ' The plane of life on which we move and haveourbeingis, toa greater or lesa extent, a matter of our own choosing. If a man will strive to ascend to the loftier levéis of the intellectual life he will probably be found there by and by.