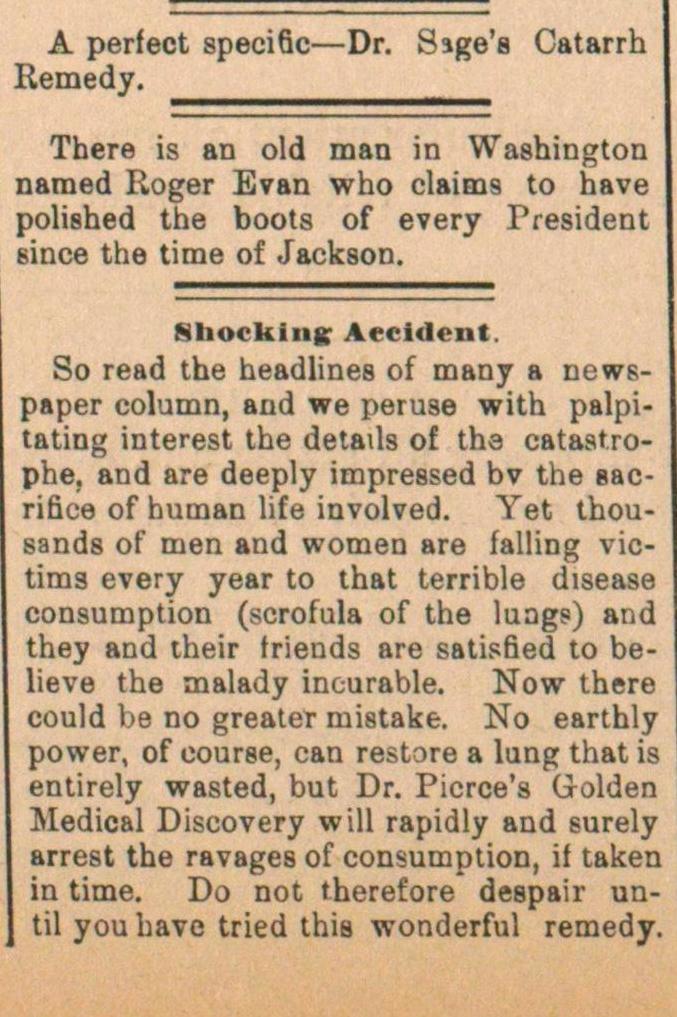 A perfect speciöc - Dr. Sïge's Catarrh Remedy. Tbere is an old man in Washington naraed Roger Evan who claim9 to have poliehed the boots of every President since the time of Jackson. Shocking Aecident. So read the headlines of tnany a newspaper column, and we peruse with palpitating interest the details of tha catastrophe, and are deeply impressed bv the gacrifice of human life involved. Yet thousands of men and women are lalling victima every year to that terrible disease consumption (scrofula of the luags) and they and their triends are salisfied to believe the malady incurable. Now there could be no greater mistake. No earthly power, of eourse, can restore a lung that is entirely wasted, but Dr. Picrce's Golden Medical Discovery will rapidly and surely arrest the ravages of consumption, if taken in time. Do not therefore despair until youhave tried this wonderful remedy.