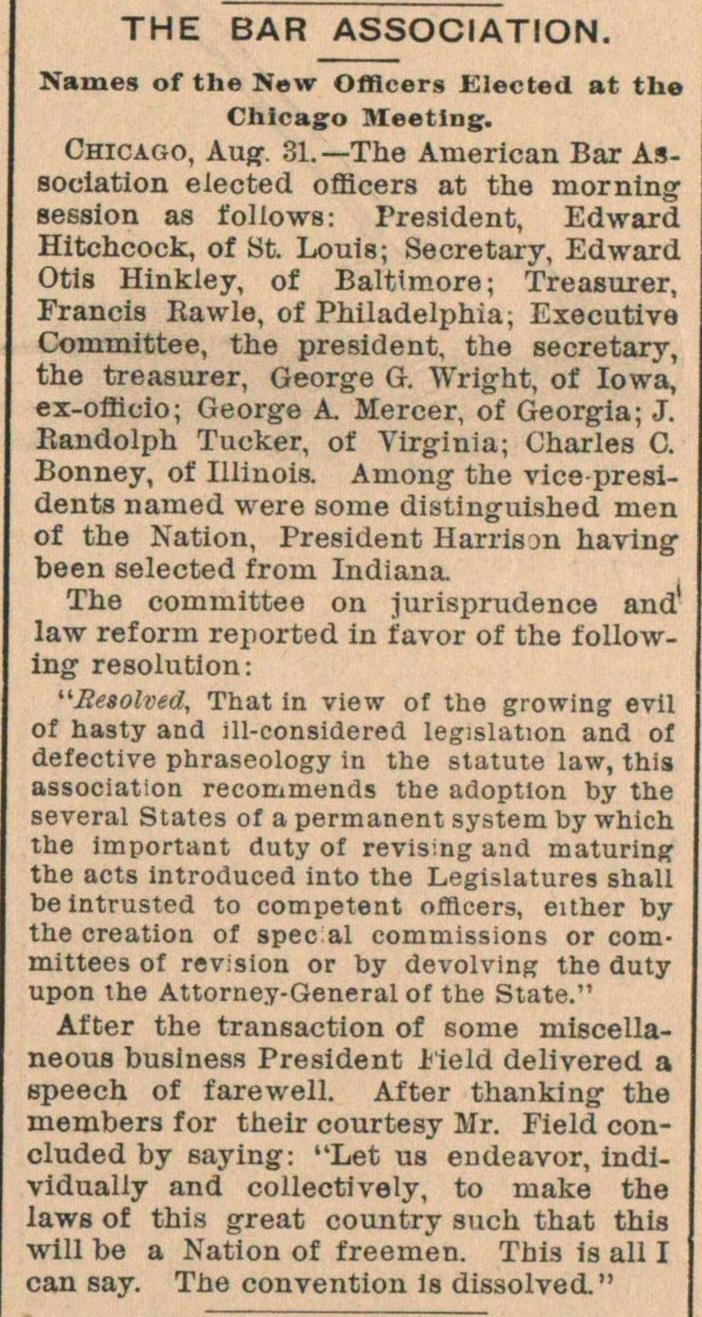 Chicago, Aug. 31.- The American Bar Association elected offlcers at the morning session as follows: President, Edward Hitchcock, of St. Louis; Secretary, Edward Otis Hinkley, of Baltimore; Treasurer, Francis Eawle, of Philadelphia; Executive Conimittee, the president, the secretary, the treasurer, Georg-e G. Wright, of Iowa, ex-ofhcio; George A. Mercer, of Georgia; J. Randolph Tucker, of Virginia; Charles C. Bonney, of Illinois. Among the Tice presidenta named were some distinguished men of the Nation, President Harria m having been selected from Indiana. The committee on jurisprudence and' law reform reported in favor of the following resolution: "Resolved, That in view of the growing evil of hasty and ill-considered legislation and of detective phraseology in the statute law, this associatlon recommends the adoption by the several States of a permanent system by which the important duty of revising and maturim? the acts introduced into the Legislatures shall beintrusted to competent offlcers, either by the creation of spec al commissions or committees of revisión or by devolving the duty upon ihe Attorney-General of the State." Af ter the traneaction of some miscellaneous business President Meld delivered a speech of farewell. After thanking the membera for their courtesy Mr. Field concluded by 6aying: "Let ua endeavor, individually and collectively, to make the laws of this great country such that this will be a Nation of freemen. This is all I can say. The convention Is dissolved."