Dear Sir--it Is Not At All Discreditable 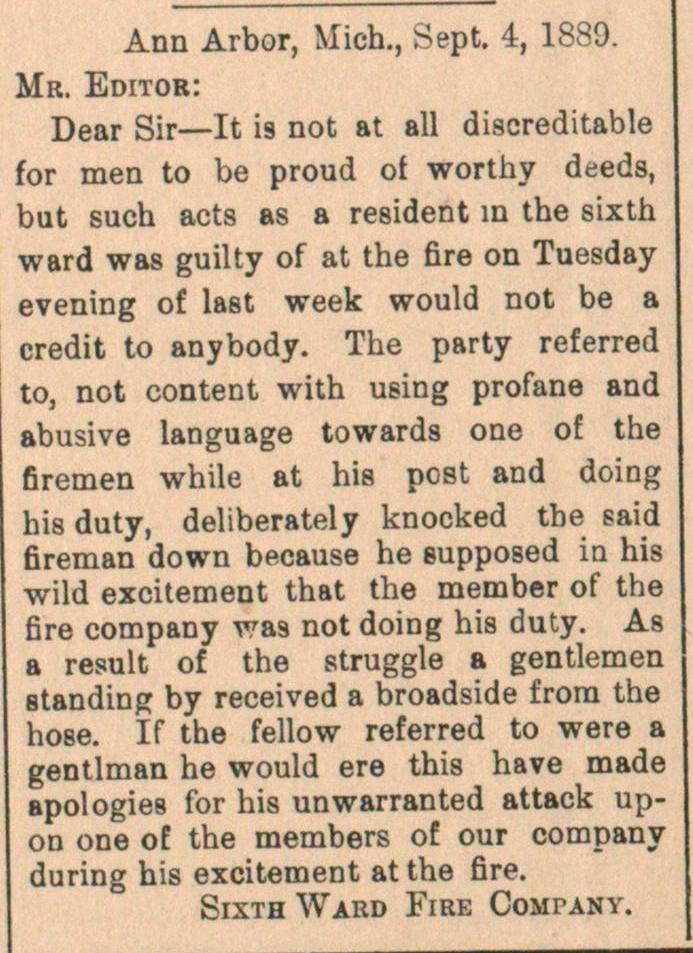 Ann Arbor, Mich., Sept. 4, 1889. Mr. Editor: for men to be proud of worthy deeds, but such acts as a resident m the sixtn ward was guilty of at the fire on Tuesday evening of last week would not be a credit to anybody. The party referred to, not content with using profane and abusive language towards one of the firemen while at his post and doing his duty, deliberately knocked tbe saic fireman down because he supposed ia his wild excitement that the member of the fire company was not doing his duty. As a result of the struggle a gentlemen standing by received a broadside from the hose. If the fellow referred to were a gentlman he would ere this have made apologies for his unwarranted attack up on one of the members of our company during his excitement at the fire.