An Elixir Of Death 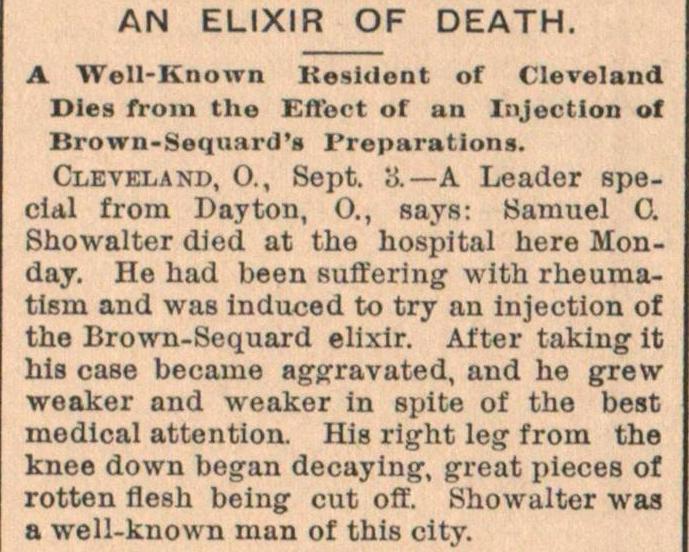 Cleveland, O., Sept. 3. - A Leader special from Dayton, O., savs: Samuel C. Showalter died at the hospital here Monday. He had been Rufïering with rheumatism and was induced to try an injection oí the Brown-Sequard elixir. Alter taking it hia case became aggravated, and he grew weaker and weaker in spite of the best medical attention. His rigpht leg from the knee down began decaying, great pieces of rotten flesh being cut off. Showalter was a well-known man of this city.