Meeting Of The School Board 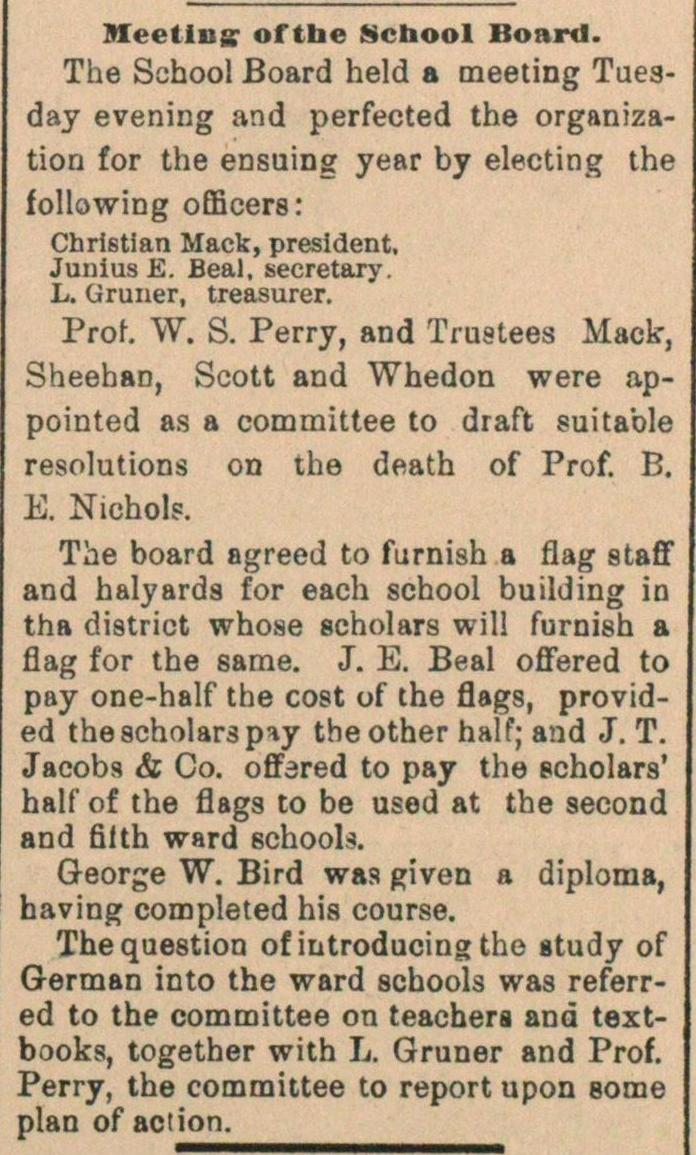 The School Board held a meeting Tuesday evening and perfected the organization for the ensuing year by electing the iollowing officers: Cliristian Hack, president, Junlus fi. Beal, secretary. L. Gruner, treaaurer. Proh W. S. Perry, and Trustees Mack, SheehaD, Soott and Whedon were appointed as a conamittee to draft suitable resolutions on the death of Prof. B. E. Nicholf. The board agreed to furnish a flag staff and halyards for each school building in tha diatrict whose scholars wil! furnish a flag for the same. J. E. Beal offered to pay one-half the cost of the flags, provided thescholar3pay theother half; and J. T. Jacobs & Co. offsred to pay the scholars' half of the flags to be used at the second and fllth ward schools. George W. Bird was given a diploma, having completed his course. Thequestion of ntroducing the gtudy of Germán into the ward schools was referred to the committee on teachers and textbooks, together with L. Gruner and Prof. Perry, the committee to report upon gome plan of act ion.